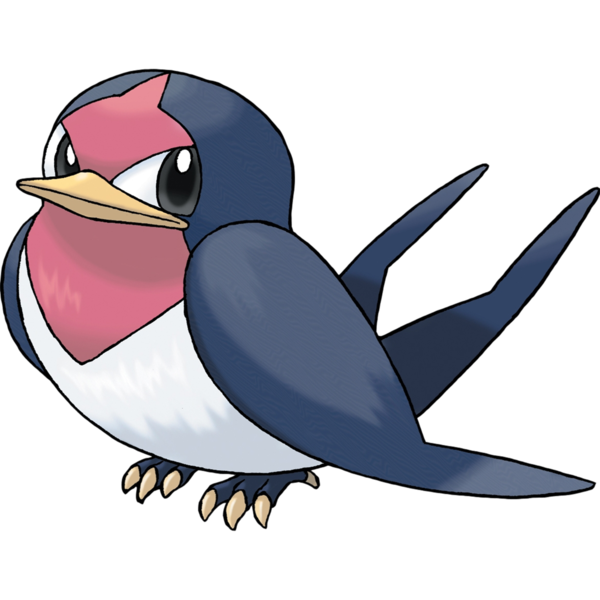 It's oddly only after that gaggle of vegetable hobgoblins that we come to the normal/flying bird of this generation, Taillow, which is a rather cute little sparrow said to be "gutsy" and surprisingly aggressive for its small size. 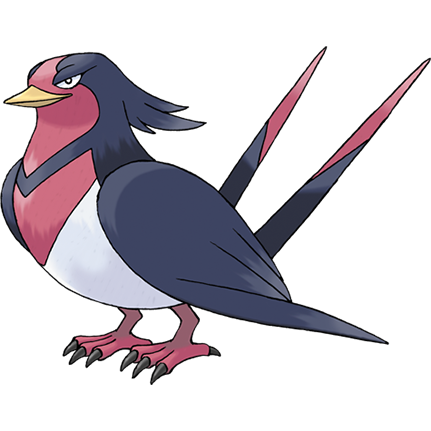 So, like Pidgey and Spearow, tiny Taillow evolves into a surprisingly large, more raptor-like bird of prey, a trend which will continue through normal-type birds in every generation to come, which is cool as heck. Did I talk about it already? I think I did. They keep repeating this formula where a relatively ordinary little songbird evolves into a speculative giant predatory version, and I think it's a really fun trend. As we discussed with Wurmple, fans were initially kind of confused by what felt like "rehashes" of earlier Pokemon, but now that we're entering a seventh generation, we've all gotten used to the fact that every region will repeat a few patterns like this.