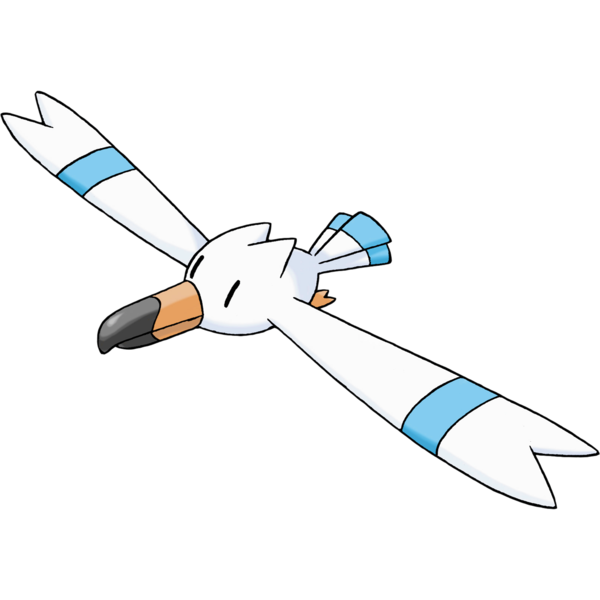 So we've got another "mundane bird" pokemon here, the water/flying Wingull, which is about as good as a plain seagull pokemon is probably ever going to be. 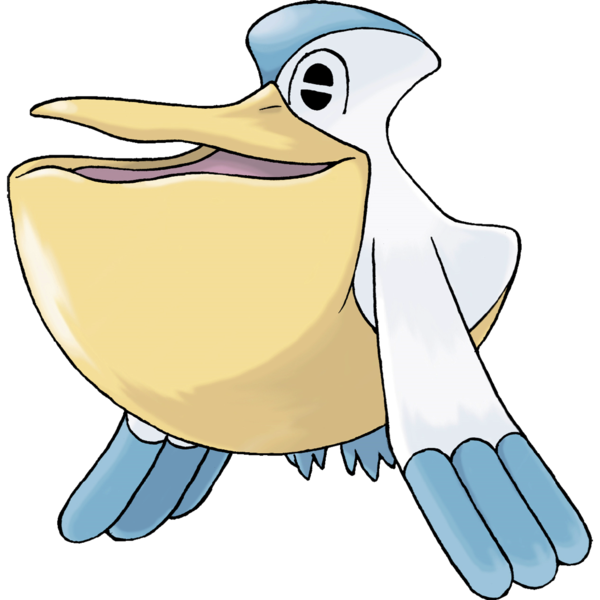 Far from simply growing larger like most other bird pokemon, Wingull evolves into a cartoon pelican. There's nothing really wrong with that, but if you'll pardon the expression, it feels like they just wanted to kill two birds with one stone here. The pokeworld was missing both a seagull and a pelican, so boom, they're one evolutionary line and gamefreak never has to deal with them again if they don't have to.

I guess that's reasonable, and I do like Pelipper's design, especially the Fleischer-era cartoon eyes. I can't help feeling, however, that a seagull and a pelican could have easily stood on their own as separate families. I'd actually really LIKE a seagull pokemon that just gets larger and more menacing like Taillow, Fearow and Pidgey, maybe even a seagull that looks a little piratical or something. There's also lots of potential to be had in pelicans, some of the freakiest birds out there.

They're okay, but could have been okayer.