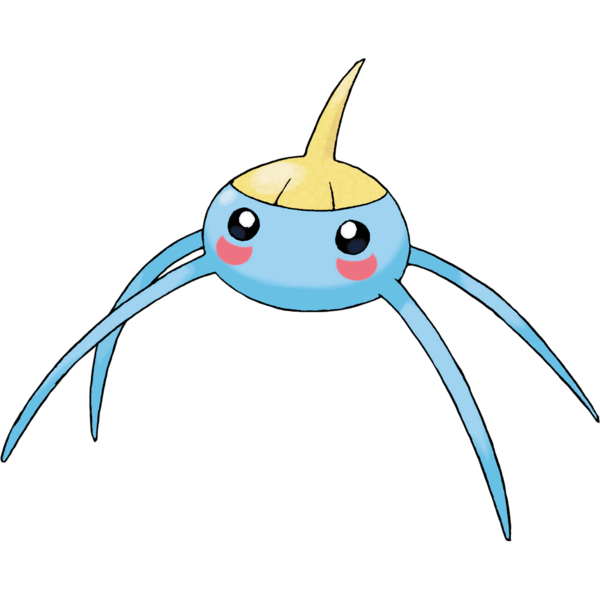 It's hard to even believe that it took 283 pokemon to get around to a bug/water type. An aquatic insect is a no-brainer, and there's plenty to pick from. Toe biters, water scorpions, diving beetles, backswimmers, naiads...we even skipped the potential dragonfly nymph when Yanma came around. Boooo! A water strider, also called a pond skater, was an especially obvious choice, already a pretty popular insect in Japan. They even appeared in Mario 64! Remember!?

As a first-stage skater, Surskit is cutely simplified into just an onion-like head with four spidery legs. The real insect is a carnivore and preys on regular insects when they drown on the water's surface, so I'm going to have to assume Surskits are also brutal organ-sucking insect vultures of the backyard pond. 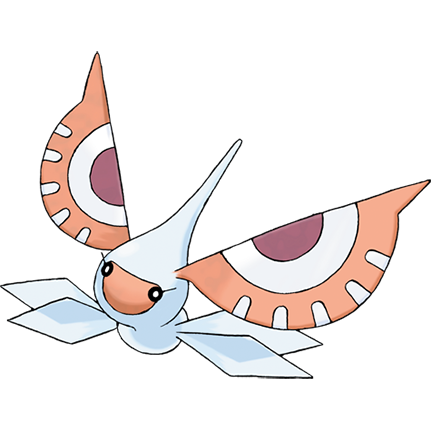 And yes, yes it is nonsense of the highest order that our first bug/water pokemon evolves straight into a bug/flying pokemon. That's not only something we've seen before, it has nothing to do with a water strider. They CAN fly, when they need to. They certainly don't abandon water-striding to become permanently airborne.

I hate being critical of Masquerain itself, because it has a very unique design. It's modeled like one big rain drop, but its colorful face and wing sheathes give the impression of an open mouth and scowling eyes, while it basically floats around on its buzzing wing-like legs. It doesn't really even look like an insect when you get right down to it, or anything of this planet. I support that completely, but it had no reason to stop being a water type, and right now, Surskit remains the only combination of water and bug in the whole Pokemon world.

Design-wise, I'd give these pokemon a three, even three and a half, but I'm just so let down by the type change, and the fact that we still have no fully evolved waterbug just feels incredibly wrong.