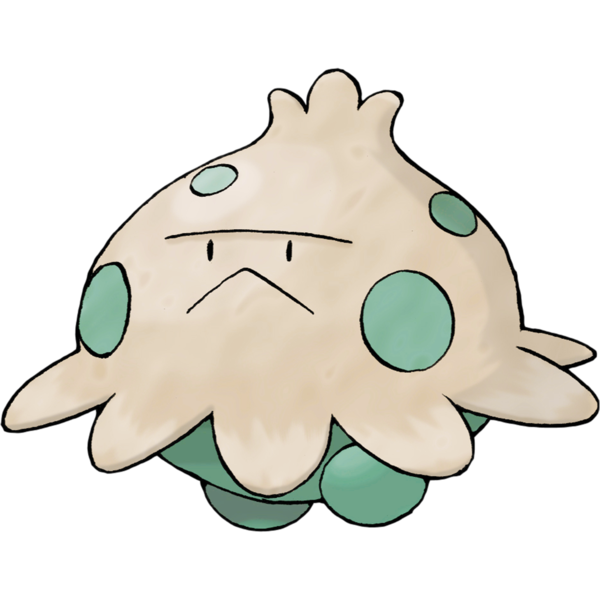 It was about time we had another fungus pokemon, though I kind of missed Paras and Parasect being so unique. Shroomish even took away Spore as a paras-only move, though at least it's continued to be an attack only fungus creatures can learn. 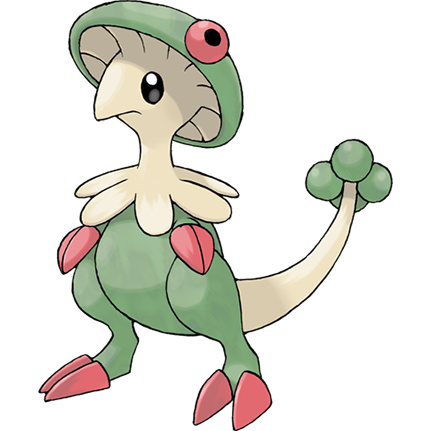 The grouchy spore sac undergoes perhaps one of the most drastic and unexpected changes in the series when it evolves into the grass/fighting Breloom, which is both a fungus and some kind of dinosaur. Not a really "me" pokemon, but a pokemon I can strongly appreciate on a lot of levels. Who specifically decided a fighting type should be both a fungus and a flightless bird-thing? This was around the time they started hiring a whole rotating team to design pokemon, so it might not have been Sugimori or Tajiri. Whoever it was, they deserve extra kudos.

Breloom's design is nice from top to bottom. Not too realistic, not too unrealistic, not too simple, not too busy. I'm not sure what those red berry-like things are supposed to be, but I guess something needed to be there. What I think I love most of all is its face, that pure and innocent fraggle-bird-face feels so different and so endearing next to countless anime styled mons, not to mention a fun contrast to a relatively dangerous-looking body. It's kind of like an emu or a cassowary, only fungus, which explains the typing. Anything in nature with a doe-eyed sock puppet for a head and long legs is really something you do not want to piss off.