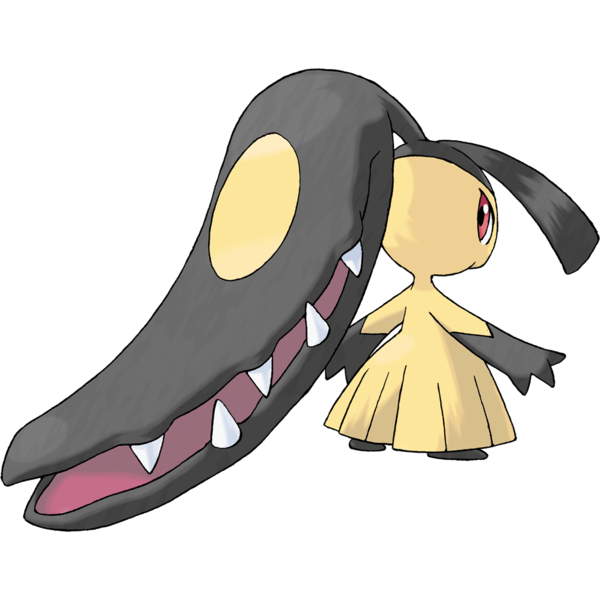 Not many players knew what to make of this pure steel type - now fairy/steel - when they first ran across it. Before an image of it finally hit the internet, I heard descriptions of "a little doll with a fly trap on its head" and "some sort of bunny thing with teeth in its ears." Still one of the only pokemon that faces away from its opponent, Mawile is actually our third youkai-based pokemon in this generation, and it won't be our last. The futakuchi-onna ("two mouthed woman") is said to be an otherwise normal, human woman who develops a second mouth on the back of her head. In some stories, the mouth acts on a ravenous hunger the woman has been suppressing for her cruel husband. In others, the mouth forms from an axe wound she sustains by accident or attempted murder. Sometimes, the mouth is said to speak and express things the woman is hiding out of politeness, or simple threatens and berates her into feeding it even more. There are even some modern interpretations in which the extra mouth is the ghost of her own starved child, or someone else she allowed to die. 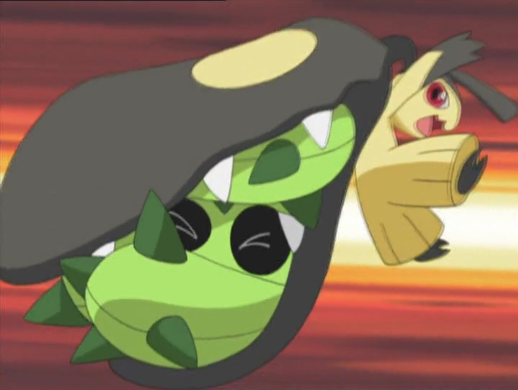 Mawile, however, doesn't really have a "second mouth," but a set of flexible, steel "horns" that look and function like a pair of jaws. As much as I enjoy some of the freaky human-like pokemon, I always liked Mawile's more animal appearance, especially its beaky actual mouth. It still evokes a humanoid with hair and even kind of a dress, with that flaring fur around its legs, but it's also some sort of hairy little nondescript dinosaur-thing, which feels like something straight out of generation one. It's just distinct enough to be cool, but not so much as to steal any focus away from the false jaws, the real point of this pokemon. 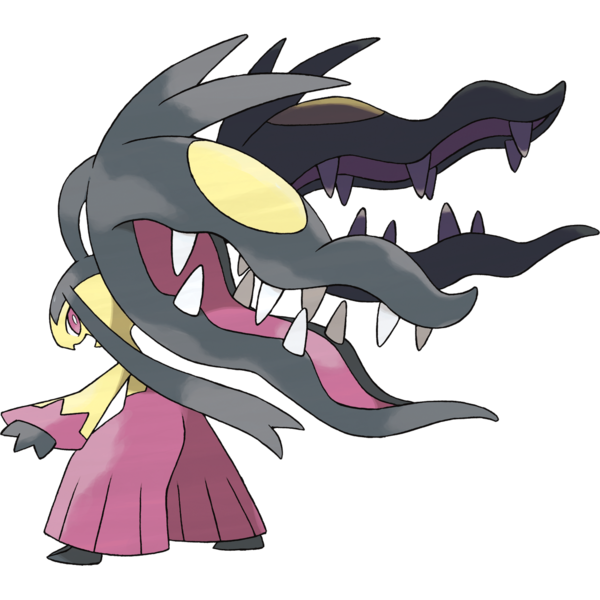 Mawile came immediately after Sableye in the pokedex, and the two were even version counterparts in Ruby and Sapphire, yet as strange and special as they seemed, their stats were never stellar and they both had an "immature" feel to them, as though they were always intended to evolve somewhere down the road. Instead, they remained single-stage misfits until Megas came about, and while Mega Sableye is a very good pokemon competitively, Mega Mawile is an almost broken one, its massive attack stat landing it on the same banlists as the game's strongest legendaries. As with Sableye, I'm glad that this pokemon was allowed to remain only marginally altered, in this case, its jaw-horns "evolving" much more than the rest of it. Their newfound waviness looks great, and with two of them, you get the impression of two gigantic, fanged, man-eating pigtails. That's adorable!

Cute yet monstrous, inspired by folklore but with a lot of original embellishment, and very nicely designed all around.