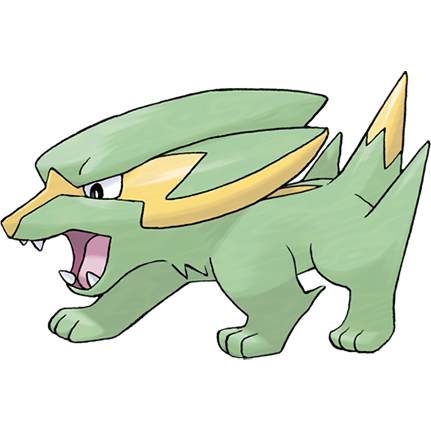 I actually wrote a fairly detailed review of this line before I accidentally edited it into tomorrow's Plusle and Minun review without copying it first, because I do things the obtuse way and just edit a copy of my last review every time.

So, let me see if I can give you a streamlined version of the absolute masterpiece I'd previously written.

Electrike kinda bores me. It's an electric type pokemon, and those usually have more of a twist to them. If you can only describe an electrical pokemon as "sort of a green dog with a weird shaped head," you could probably stand to go back to the drawing board. 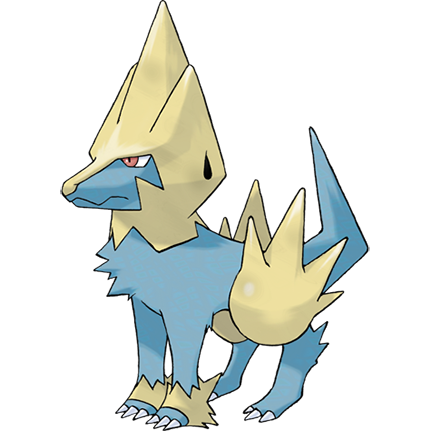 Things improve some when we get to Manectric, whose angular, pointed head and lovely combination of blue and yellow at least communicate that this is probably an electric-type pokemon, but I still feel like it's missing something; that it's not quite there. The fandom loves to interpret this pokemon as the wolf pokemon they've so rabidly clamored for, but it kinda looks like it could be any old canine to me.

Manetric is an alright idea, but it seems to me like it could have stood to be pushed farther and doesn't have a clear premise. 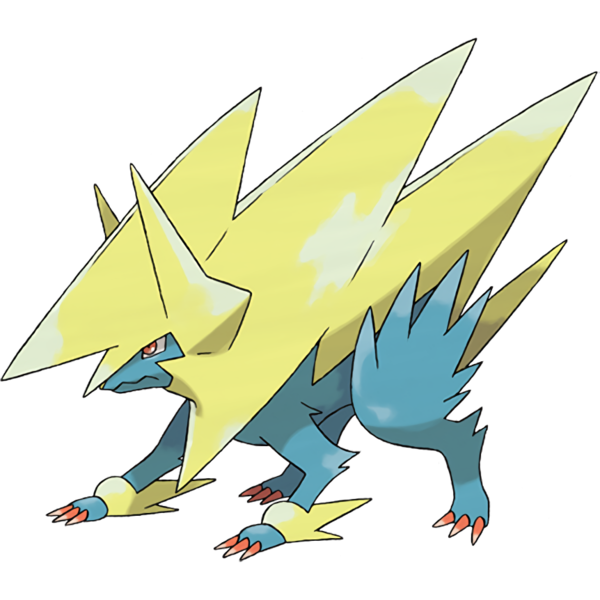 All of that changes with Manectric's mega form. This thing looks fairly distinctly like an anime wolf, but against all conceivable odds, I find it appealing. Not on a personal level, no, it's not a pokemon I'd use alongside bugs and slimes, but I love how most of this pokemon's mass is just a gigantic, cartoon lightning bolt. That's exactly what this line was missing. It finally finds itself and really rocks the electric type with a simple, yet striking design gimmick.

My only complaint is that this was a mega pokemon at all, and it kind of draws too much attention to the gimmicky nature of megas. This design feels complete where Manectric felt incomplete. It differs enough that you would never guess at a glance that this was anything other than the final, permanent form in a three-stage line, making regular Manectric look exactly like the awkward stepping-stone you usually get in a middle evolution. It feels like the only reason this is not a regular evolution is that Gamefreak decided to add only megas in the sixth generation, rather than give new evolutions any pokedex slots.

Spiky anime wolf-dogs aren't my thing, but the Manectric line, when you factor in the mega form, becomes something pretty neat.