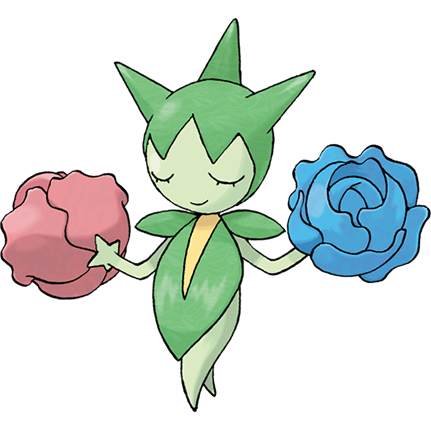 Today, we've got an interesting case in which both the first and third stage in an evolution line were introduced exactly one generation later. Only the middle stage, Roselia, debuted in Ruby and Sapphire, a seemingly one-off grass/poison resembling a serene little human with roses for hands. Each different colored blossom is said to contain a different toxin, and its thorns can also inject a nasty venom. It nicely plays into that "look, but don't touch" aspect of actual roses and other thorny or poisonous flowers, a cute and innocent looking creature that can really mess you up. 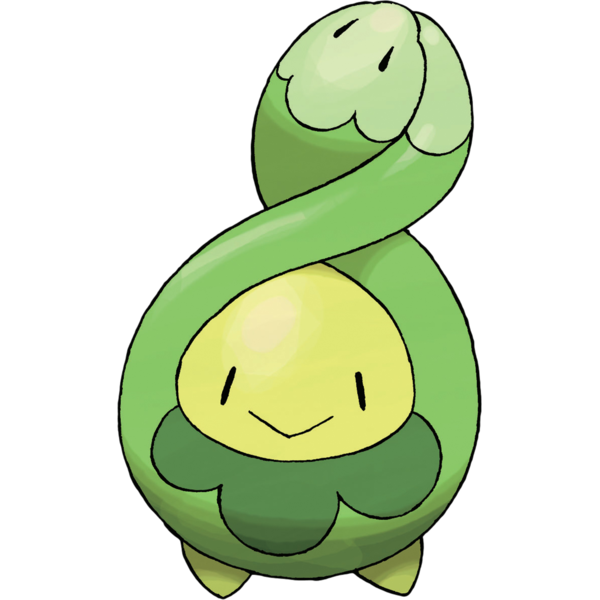 So in Pokemon: Diamond and Pearl, Roselia was given both an evolution and prevolution, the latter being Budew here. I feel like this should have been pure grass instead of already grass/poison, since it has neither its thorns nor its toxic blooms, but that's a minor point. Its shape is so strange that it almost looks unrelated to Roselia, but you can see how its anatomy isn't all that different; its "arms" are just twisted together, ending in the buds that will become its roses! 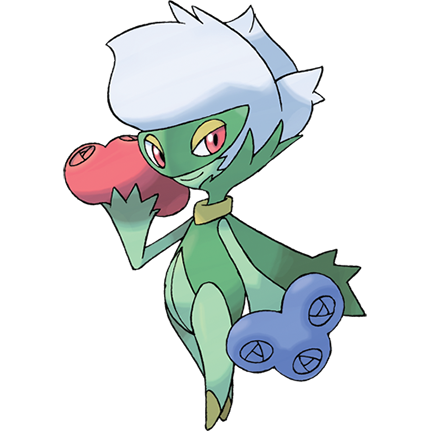 The final form, Roserade, unfortunately never felt to me like it lived up to Roselia's design. The bouqet hands are so simplified that they just look lazy next to the carefully drawn, individual petals of Roselia's flowers, and it took me until just now to realize that its "hair" is also one giant, white rose because even that isn't as detailed as the smaller roses of its previous form. It also has no visible thorns, losing any subtle menace Roselia presented. I get the kind of Tuxedo Mask character this is going for, but I expected something a little more elegant and a little more sinister from Roselia.

And speaking of masks, BOY is that a badly executed mask. It looks like a formless wedge of thick plastic protruding off the pokemon's face, and the eyes look like flat stickers.

Not bad, but the thought behind it could have earned an easy four or five stars with more interesting execution.