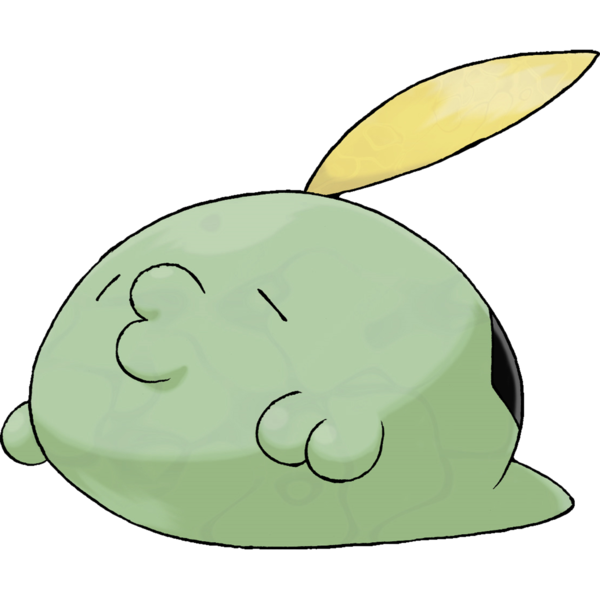 This is another one I practically couldn't wait to review. Poison is my go-to favorite pokemon type, it's always boasted some of the game's weirdest biological forms and Gulpin is no exception. Resembling a bulbous, green slug with a puckered mouth, sleepy eyes and feather-like antenna, it's fairly impossible to tell what this pokemon is supposed to represent at just a glance, but its name already implies a theme around eating, and its official title is "the stomach pokemon."

This isn't to say Gulpin is literally just a stomach, which of course might be even more to my taste, but its body is mostly stomach, and its poison typing reflects its incredibly powerful digestive enzymes. It's a stretchy, rubbery, hollow sac of a monster that can engulf almost anything and melt it down to nothing. 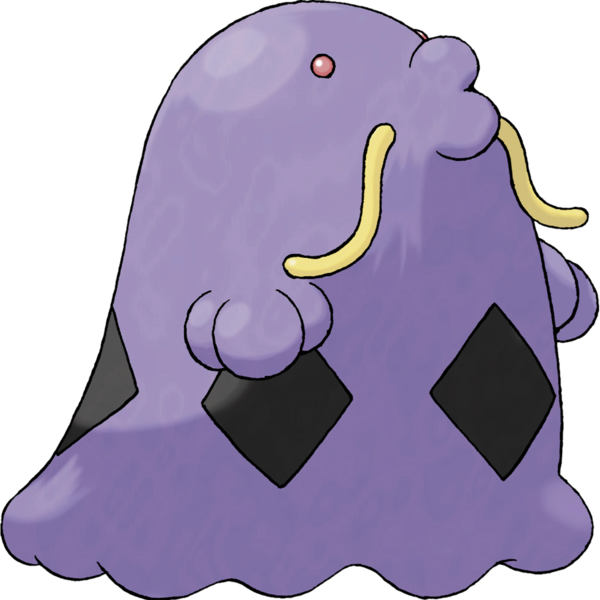 When it evolves into Swalot, Gulpin becomes a big, spooky blob of flesh, like a gelatin mold of a pac-man ghost, with eerie red eyes and a more menacing, dark purple color scheme we've come to expect from pure poison types. The pokedex lets us know that Swalot can digest anything other than its own stomach lining, it will eat anything that can fit in its highly expandable mouth, and it has an appetite for living prey, which it weakens by spraying with its own poisonous "sweat." That is absolutely lovely. What a horrible, horrible monster. It's even more horrible by looking so innocently silly while it poisons, engulfs and dissolves you alive. At least, it looks innocently silly up until the actual moment of the engulfing: 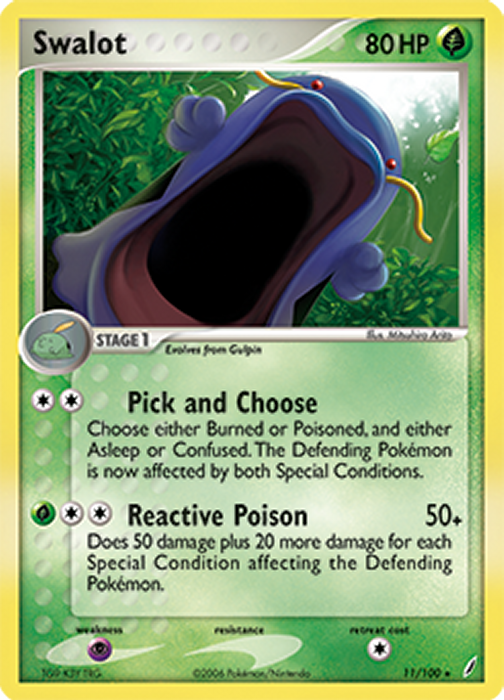 I know there's people who get a weird little thrill out of the idea of being swallowed up by a squishy, toothless monster, and more power to you, but I just find it creepy as hell and a really cool basis for any fictional creature. That gaping, toothless void is terrifying. 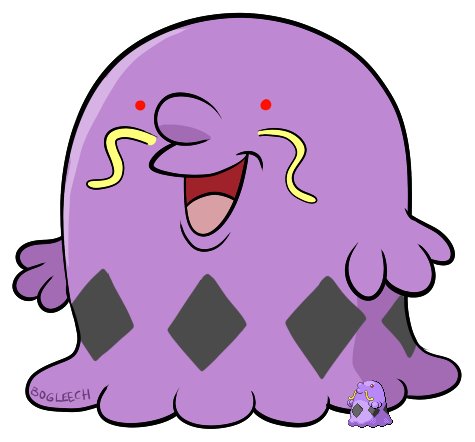 ...But is it more, or less disturbing than the way I misinterpreted Swalot the first time I ever saw it? Would it be creepier if it had both a mouth and a nose? A beady-eyed pseudo-human face that gapes open and surrounds you like a meaty garbage bag? I'm honestly not sure if I'd like it more for its uncanny valley aspect or less because the actual, canon version is so gosh-darn cute, and what I probably love most of all is how it doesn't really look like anything. 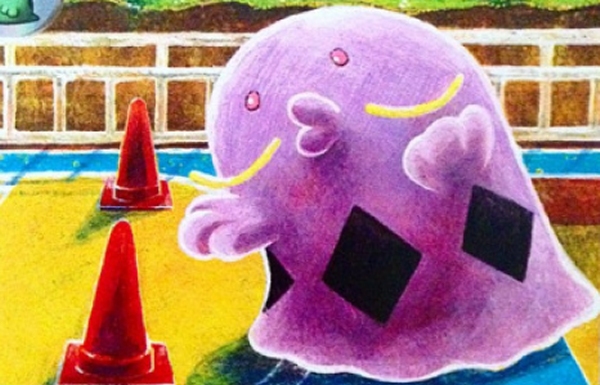 I've talked before about those pokemon that appear to be pure "monster" with no immediate, obvious outside inspiration, but even most of those at least communicate something mammalian, saurian, reptilian or humanoid. Swalot feels like one of the most technically original creations in the series, truly nothing other than a unique animal that exists only to swallow and dissolve things, with little more than the barest physiology it requires to those ends. I love its flabby, almost useless looking hands, the tininess of those eyes and the little yellow feelers it probably uses for chemoreception. If this line is supposed to invoke anything in particular, Gulpin and Swalot are probably supposed to resemble dumplings of some sort, which Japan kind of treats like a go-to food of gluttonous characters.

About the only thing that breaks up Swalot's design and kind of stumps me are those big, black diamond markings, though I guess realistically they might serve as a warning for bigger predators that Swalot is poisonous. I'm not sure if that was the idea, but it works. Swalot even has the liquid ooze ability, which means that if another pokemon attempts to use a health-draining move on Swalot, it'll only lose hit points rather than gain any. It's a monster that's both all-consuming and inedible, which also happens to look like a giant slimy dumpling.

Cute, quirky, bizarre, surprisingly frightening, and completely unique to the Pokemon world. Swalot does not get enough love.