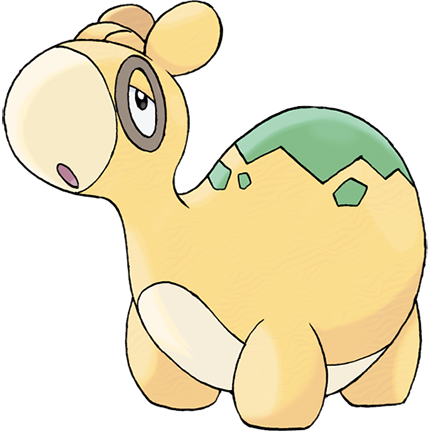 A ground/fire type, Numel is a camel pokemon that also happens to function like a living volcano. It has molten rock in its hollow body, and can spew it from a hole in the top of its hump. It's an almost all-too-obvious idea for a fire type pokemon, but it's a fun one, and the design captures all the goofy awkwardness of a camel in a more streamlined and stylish package. 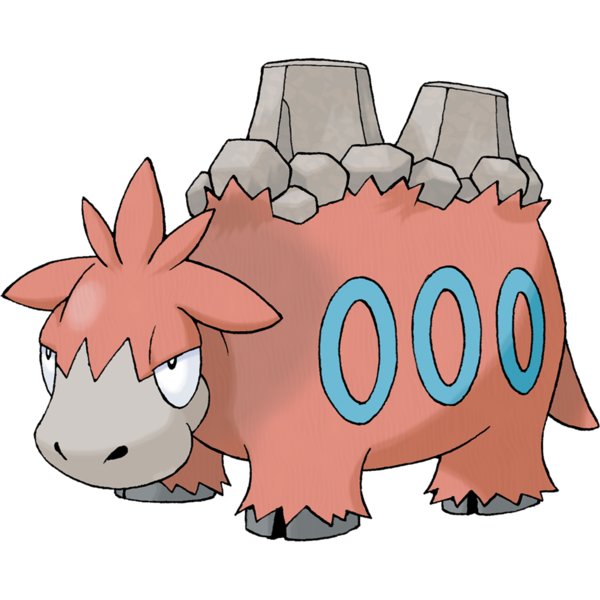 That goofiness is nicely retained when Numel evolves into Camerupt, even if it kinda comes out looking more like a bizarre cow or musk ox than a camel. Isn't this an animal known best for its long, lanky neck and legs? Ah well, I'm alright with a fat, stumpy pokemon camel. The two humps are now much more obviously volcanic, though the pokedex implies they're formed from bone rather than rock. I'm not sure what the reasoning was behind those blue, ring-shaped markings, but I think they look nice, not to intrusive. A nice color contrast. 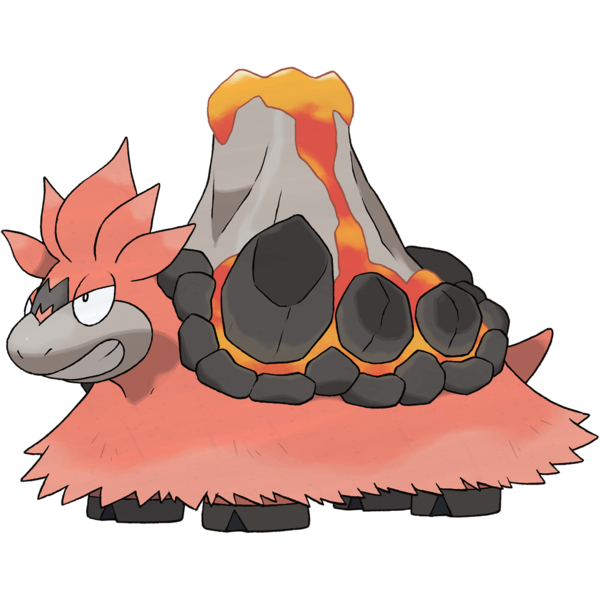 Mega Camerupt is a very different creature, yet another mega that could have and probably should have been a classic-style evolution, but it's nice to see a powerful new form given to what was previously an unpopular, weaker pokemon.

The Mega's volcanic back actually looks much nicer and more organic than before, which is pretty unusualfor a mega form. The shaggy fringe makes the whole thing look even more like one big mountain, and I really like the visible, oozing magma. Pretty much the only downside is its new face, which isn't really much different, but just different enough to feel off to me...and still nothing whatsoever like a camel.

3.5 stars is almost turning into the signature third-gen rating. I like the idea of a volcanic camel too much for a mere three, but maybe not quite enough for a full-blown four. A good, but not phenomenal pokemon.