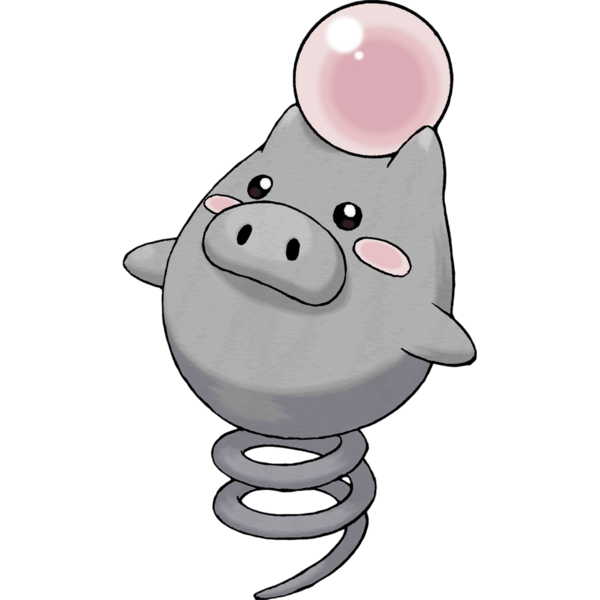 What a weird, wacky idea for a psychic type! Spoink is almost definitely a reference to the term "pearls before swine," the idea of wasting something precious on someone who can't or won't appreciate them, but Spoink loves its pearl, which it snatches from another upcoming pokemon, Clamperl. Somehow, the pearl actually enhances Spoink's psychic powers, and it's always on the hunt for a bigger one.

It's also constantly, constantly bouncing on its coily tail, because that's supposedly all that keeps its heart pumping. The pokedex swears Spoink will die if it ever stops hopping, and I always prefer to take the pokedex on its word wherever feasible, but this might not be one of those times unless a sleeping or fainted Spoink has a back-up system. I'm gonna posit right here that whenever a Spoink is asleep, fainted or otherwise unconscious, it dreams about nothing but bouncing, and its psychic powers keep its heart going all the same. It only needs the idea of bouncing to sustain itself. 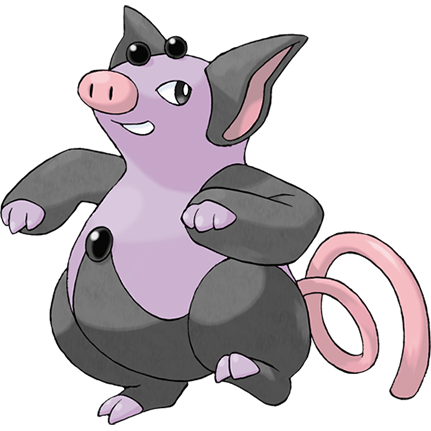 It's a shame this is another pokemon that evolves to be less bizarre. Grumpig isn't a bad design, it's got a nice color scheme and the pure black pearls are cool I guess, but there wasn't any reason for this pokemon to either stop bouncing on its tail or stop carrying a giant pearl on its head. Those were definitive characteristics setting Spoink apart from every other pokemon, and at least one of them should have been played up more when it evolved. If not one giant pearl, then at least more than this piddly handful of tiny ones. It's a psychic type, so it could have easily had a whole orbiting ring of pearls.

Still a neat idea and okay design, even if it takes an underwhelming path.