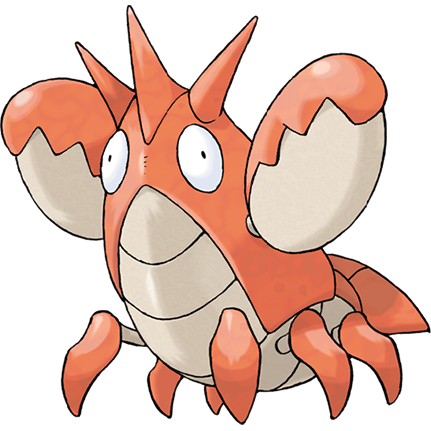 How great is it that this silly looking crawfish is another water/dark pokemon? That makes two grass/dark and two water/dark lines introduced this generation. We don't usually think of crawfish as particularly menacing, unscrupulous creatures, but at least a few species have become invasive pests, and one has been causing trouble for Japan's wildlife for decades. That's just what Corphish is all about: the pokedex says they migrate to new habitats and displace native pokemon with their territorial bullying. 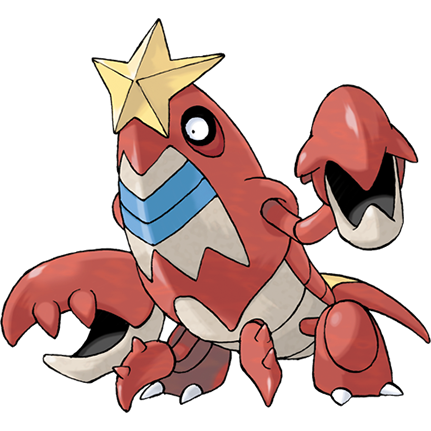 One, I'm not sure why it just has a bright yellow star stuck to its forehead. Some feelers and spines like the real thing would have looked nice. The star just doesn't feel like it means anything. 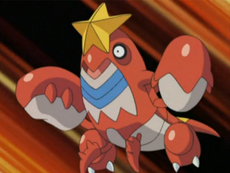 Two, THIS is Crawdaunt's mouth. Huh?? I'd have thought it was between those blue stripes, like a set of creepy, smiling lips. The whole surrounding area also looks like a gaping, jagged maw, and it would have been awesome if that could open up completely. Instead, it has a dinky little "beak" up at the top, and it throws me off so much. What are the blue stripes even there for?!

When this review first went up, I actually had a guy who, if you can believe it, got sincerely angry, positively fuming even, that I "didn't know" these elements were supposedly intended to communicate a military theme and to imitate Sharpedo.

In actuality, while the military theme is a possibility, I didn't think it was strong enough to be relevant, while the Sharpedo mimicry is entirely non-canon Bulbapedia speculation I find a bit of a stretch.

The idea of mean, bruteish dark-type crayfish is really cool, but could have been better.