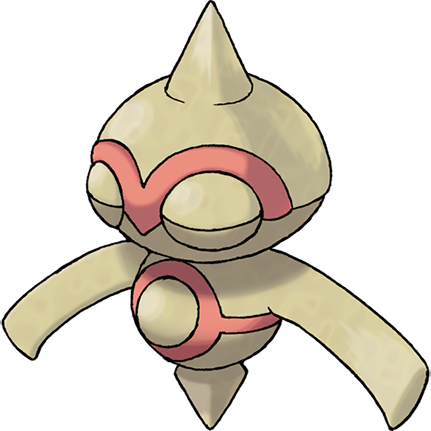 Another spooky, psychic artifact creature so soon after the meteorites?! The third gen really spoiled us, honestly. This mysterious psychic/ground type has a body made of baked clay and was discovered in ancient ruins, where artwork depicted them interacting with humans. Are they man-made creatures? How did they become pokemon? How are they alive? We don't know, and the lack of an explanation is only fitting, considering their basis. 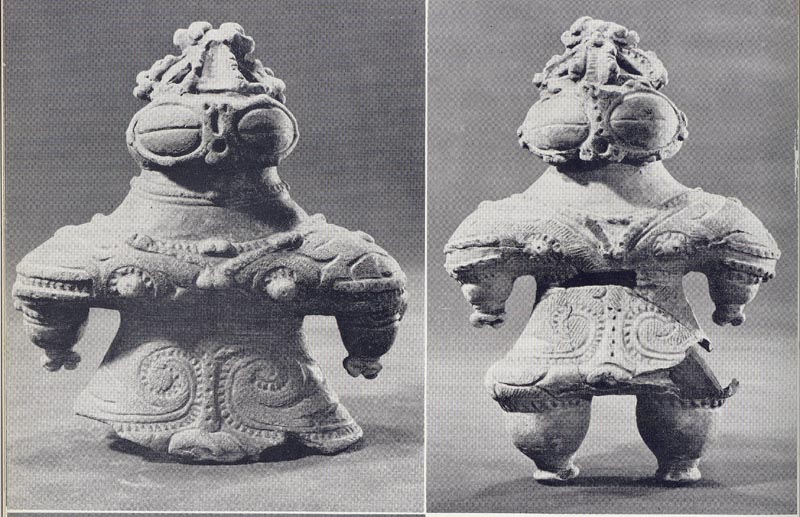 Dogu are one of Japan's most famous historical artifacts, but very little is known of their meaning or purpose. The elaborate, hollow figurines can date over a thousand years BC and come in a wide variety of styles, though the "goggle eyed" dogu are the most famous. Due to their almost machine-like appearance, the figures have become closely associated with U.F.O's, aliens and "ancient astronaut" theories, with dogu-like space creatures appearing throughout video games, manga and anime.

There are no records of what these idols really represented, and adding to their mystery is that the vast majority appear to have been ritualistically broken or cut apart only shortly after they were created. Some have theorized that they were used in fertility rituals, or perhaps as some form of healing magic; the dogu would represent the body of a patient, and their ailing body parts destroyed in effigy. 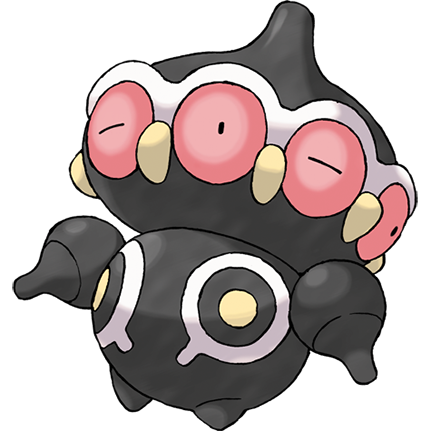 Whatever they are, Dogu make a striking basis for any creature design, and Baltoy's evolved form, Claydol, is easily one of Pokemon's coolest looking and weirdest entities, developing huge, staring eyes all the way around its head! The little yellow "beaks" alternating between them are an especially nice touch, making the whole thing look like a multi-faced artificial owl. Freaky! My only complaint is that its head is begging to constantly rotate, but doesn't turn at all in any in-game animations...and why oh why wasn't its English name EYEDOL? 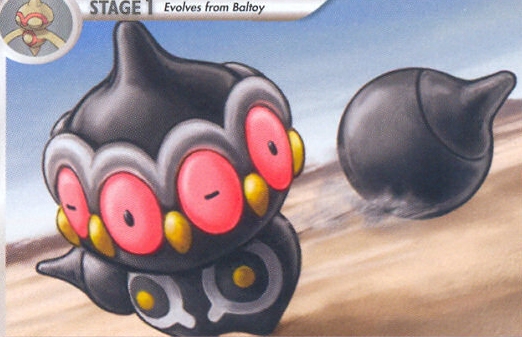 Another interesting characteristic of Claydol is that its bulbous arms aren't actually attached to its body, but held in place by psychic power alone. Now, I know some of you one of you gets critically distraught when I neglect to mention everything a pokemon might be referencing, so as obvious as it is, I should reiterate that these orbiting arms are a clear homage to Rayman, the only character ever created in the whole world with arms like that. If you don't remember Rayman, he is best remembered as the star of 1975's medical drama, Everybody Loves Rayman.

UNFORTUNATELY, Rayman's arms were a pair of living stingrays, named Jessie and James (pokemon would reference this as well), and I have no idea why Claydol's wouldn't follow suit. For this botched reference, I'm afraid I have to dock a half star from Claydol's final rating. In some hypothetical scenario where none of this were true, you can rest assured I'd have given this line a flawless five out of five.

Bizarre, unique twists on a fascinating archaeological enigma, but the stingray issue is hard to let go, and this is pretty serious business we're doing here.