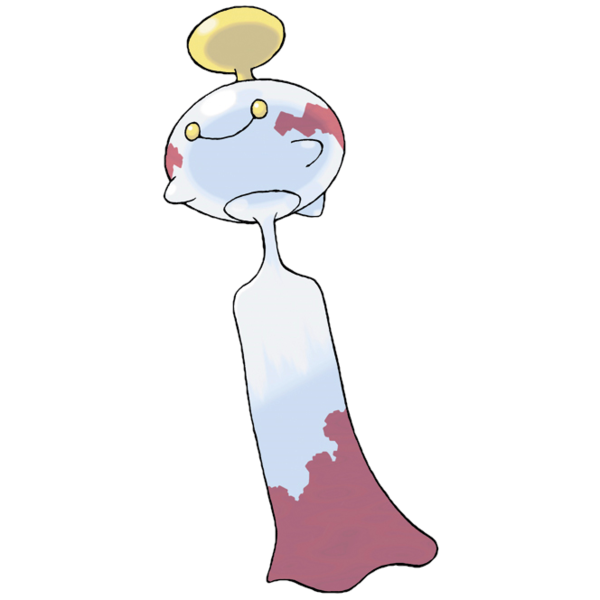 Once again, we come to a rather frail, gimmicky pokemon few people ever seem to remember, but one with a fairly unique premise and design behind it. I'm still not really sure why I found Castform so underwhelming but relatively enjoy this little psychic type; maybe because Chimecho's design is just that much stranger?

Chimecho is based on a type of wind chime common in Japan, a furin, but the yellow appendage on its head is said to be a "sucker" it uses to attach itself to branches, eaves and ceilings. I really like its red and white color scheme, which almost gives the impression of blood-soaked bandages, and while I kind of doubt that's intentional, Chimecho does revolve around healing and boasts many of the game's most valuable restorative moves.

Unfortunately, Chimecho seems to have been designed and programmed under the impression that if it learns so many healing moves, it should be incredibly frail and weak to compensate. This is a common line of thought in a lot of other game worlds and it makes sense on paper, but Chimecho's healing powers are available to a lot of other, stronger pokemon who can wield them more reliably, which means that this pokemon not only revolves around a gimmick, but a gimmick that was already obsolete. 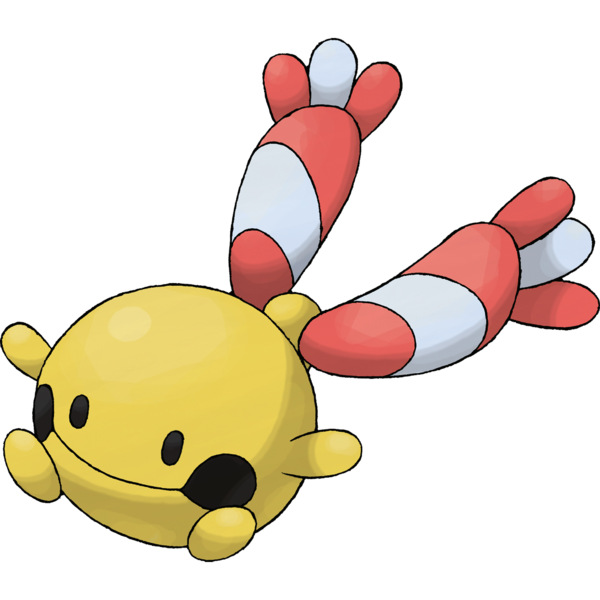 So the next generation rolls around, and Chimecho is one of the many pokemon blessed with an expanded evolutionary line, something sorely needed by such a hopeless weakling...except all it ends up getting is a baby stage. A pokemon who already suffered from critically low stats is given an even weaker pre-evolution and no further evolved form. Why? What was the point?!

It's a shame not just from a gameplay angle, because I really LIKE the design of Chingling. it's adorable. It's like a little pac-man bell. I would just really like it more if it were the beginning of a nice three-stage family for poor Chimecho.

You know what would make a really cool final form? A whole colony of Chimecho and chingling hanging off a central "mother" bell-creature, like some sort of windchime Hydrozoan!