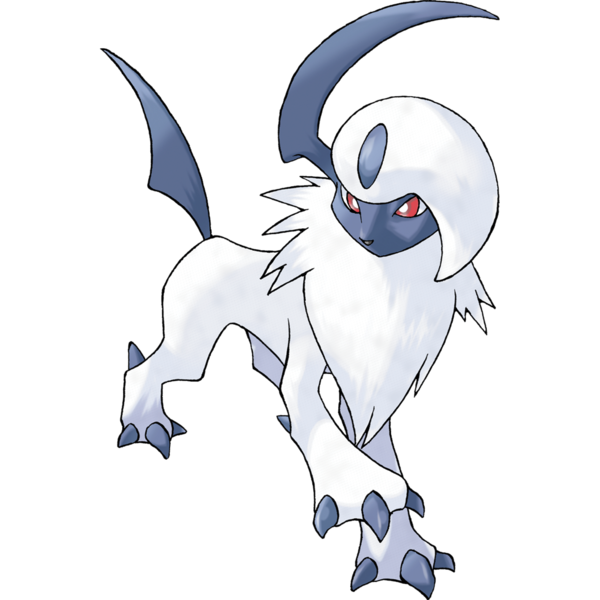 This single-stage dark type has been a breakout fan favorite since day one, though perhaps rather predictably; it's "pretty," it's mammalian, it's a dark type, and it's a misunderstood monster. Its popularity is pretty much in the bag, though I'm not going to let that bring down its score. A clawed, four-legged beast with a humanoid head is always more welcome than the reverse - another humanoid with a canine or feline head - and gives a nice sphinx-like or manticore-like vibe. There's actually a number of mythological beings Absol may be alluding to - like China's Bai Ze - although no single creature is a truly perfect fit. It's just a scary, taloned monster with a quasihuman visage and a single scythe-like horn. I like the asymmetry.

The basic idea behind Absol is that it's a "doomsayer," a creature that can foresee disaster and attempts to warn locals of their impending destruction. Unfortunately, humans mistake it for the actual doombringer, and it soon learned to simply avoid mankind, letting them deal with their own problems. I guess that's why its head looks like a "yin-yang;" it's neither a completely good nor completely bad entity. 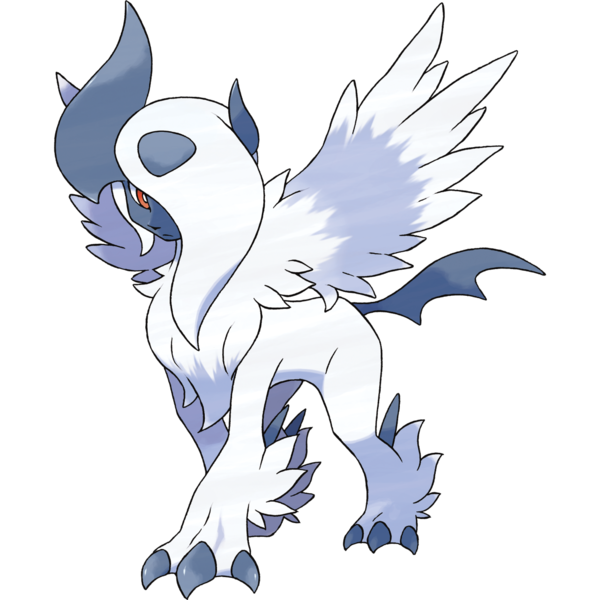 A Mega form is no surprise for such a popular monster, but I'm kind of torn here. Giving Absol longer, prettier hair and a set of angel wings feels kind of generic - so anime fan art it almost hurts - but there's no denying that the result is an incredibly ominous monster with a darkly biblical atmosphere. It's something we've all seen a million times in more dramatic roleplaying games, but isn't so overplayed here in the pokeverse. It's something you probably think I should dislike, but I just don't.

A slick design with a really old-school sort of monstrousness.