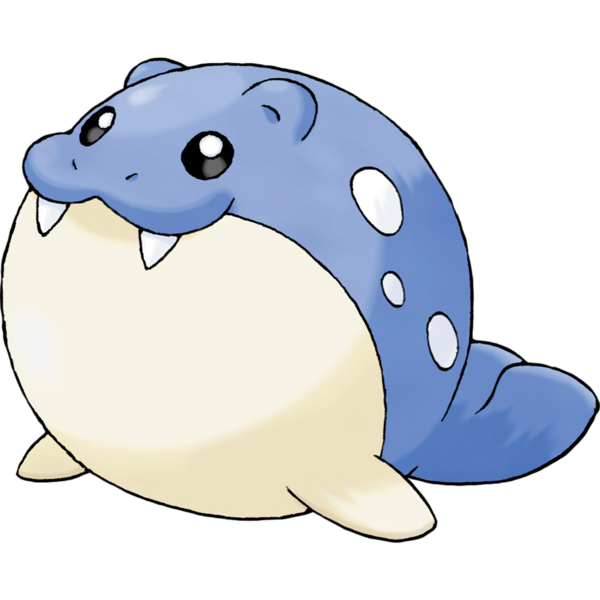 I can remember when Spheal, the spherical seal, was first revealed to the public to a chorus of exasperation. We already had one water/ice pinniped in the first generation, Seel, and they could have easily used this pokedex slot for something more unusual, right? Like I said, people still werent used to the idea that pokemon might ever repeat some concepts. Everyone wanted every pokemon to be something COMPLETELY new, and almost felt cheated when that wasn't the case.

Personally I never cared that strongly about it either way, and while I don't care very strongly for either Seel or Spheal, I think Spheal has the more interesting design. 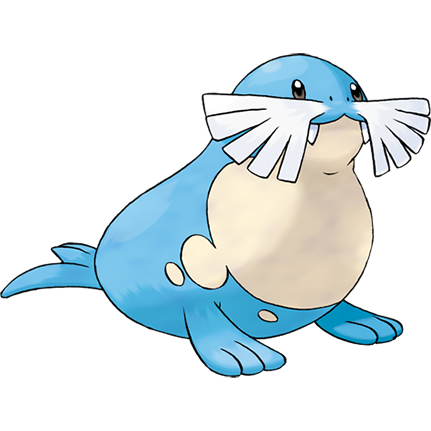 Spheal evolves into Sealeo, and I think I just discovered the one pokemon I most readily forget exists. 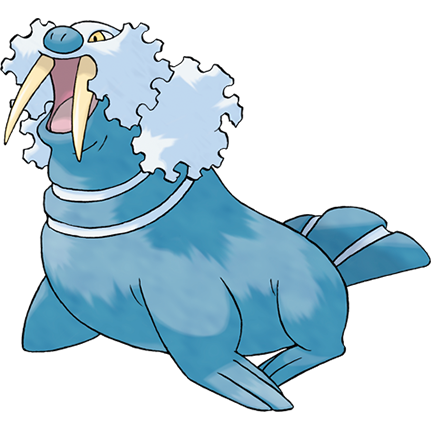 We finally get the point of this line when it evolves into Walrein. Dewgong was more like a regular seal, and this is more specifically a walrus. Walruses are pretty cool animals, and Walrein isn't too bad for a pokemon take, although I think it could have stood to look even sillier. Walruses are innately hilarious animals, while Walrein looks a little too "cool."