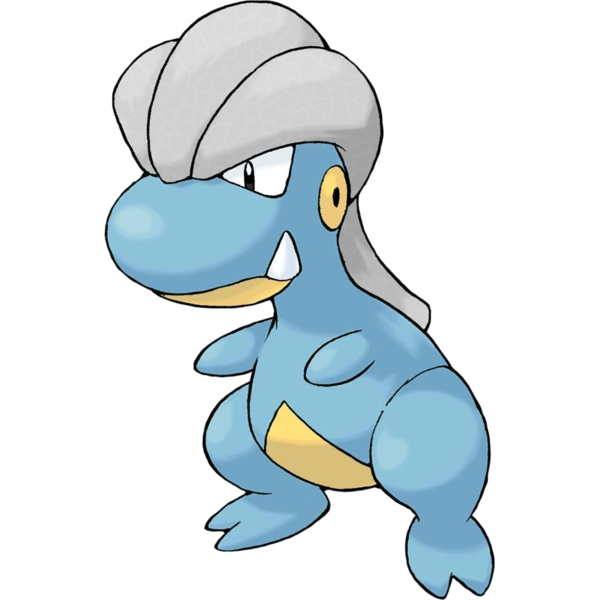 I remember when this little dragon was first leaked before the rest of its evolutions, and almost everybody was positive it would evolve into a tyrannosaur.

It also enjoyed a brief meme status for sporting what looked enough like a mullet that it was unofficially dubbed "Mulletaur." It was a simpler time. 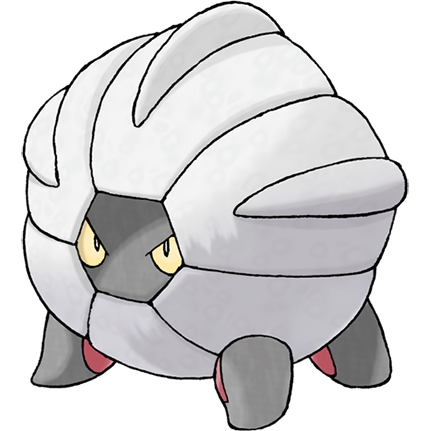 Completely consumed by the power of said mullet, Shelgon is actually the spitting image of an acorn barnacle, but the concept here is basically a turtle-like "pupal" stage for this line, not unlike how Larvitar evolved into a cool reptilian Chrysalis monster. 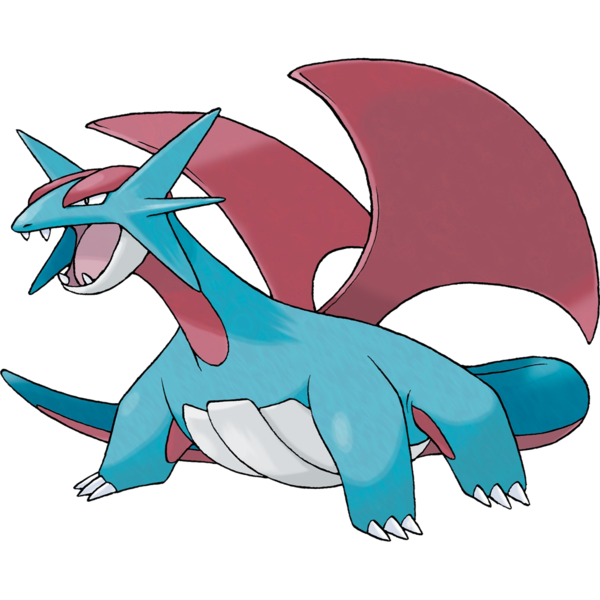 The final dragon/flying stage, Salamence, wound up being the first dragon pokemon to really look like a dragon in the most traditional sense, and it's not bad I guess. Not something I'm into myself, but I appreciate its broad, fat lizard body. Those wings are also a rather cool little pop culture reference: 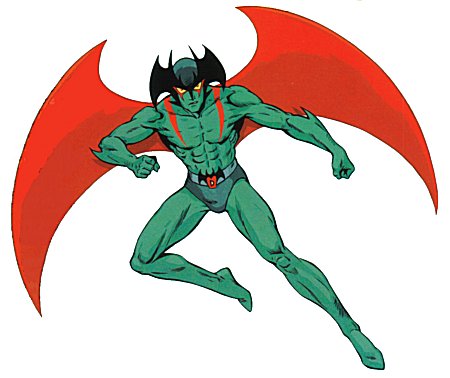 The same wings are basically a signature element of Devilman, a character who has seldom ever appeared in anything all that appropriate for Pokemon's typical audience. 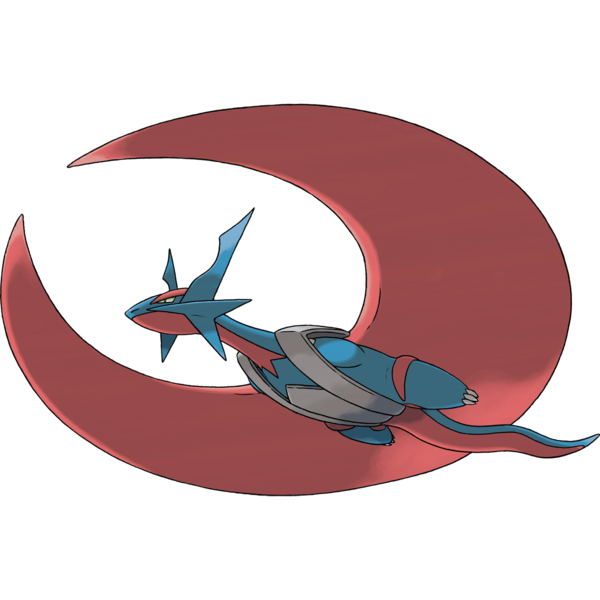 We then have mega Salamence, and I guess it's also an interesting creature. The way the wings form a single, massive crescent gives it a pretty unique look, and I like how its front legs tuck into its shell, making it more aerodynamic.

Fairly cool all around. Not amazingly creative, but a dragon like this was a long time coming.