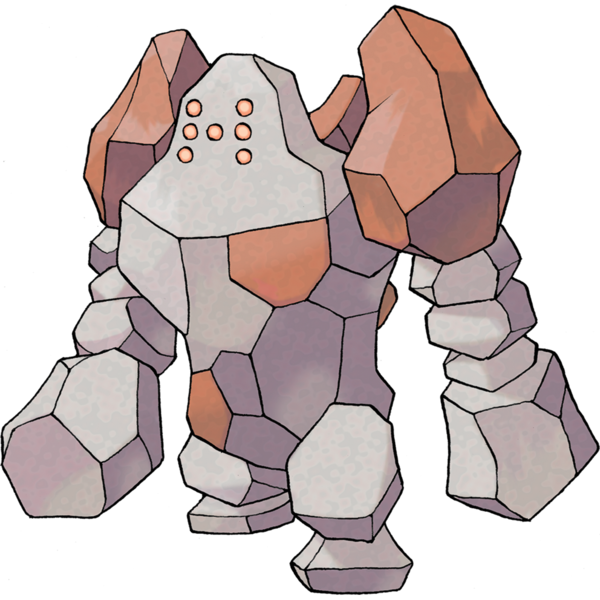 We now come to the third generation's "legendaries," and they're kicked off with a highly unexpected trio. The first generation gave us three elemental birds of fire, ice and electricity. The second generation swapped the birds for mammalian beasts. This time? Golem robots. Nobody could have seen that coming, and it's still pretty polarizing. Some people just can't stand these designs and can't accept them as pocket monsters, while others find them totally awesome because they feel so different.

Personally, I always felt like I could take them or leave them, but really looking at them now I think I lean just a little more towards the "yay" camp, or at least the "sure, okay, cool" camp. Scrapping the fire/lightning/ice tradition of the trios, the "regis" as people like to pluralize them are based on the three types that make sense for solid constructs, the first being Rocky here. 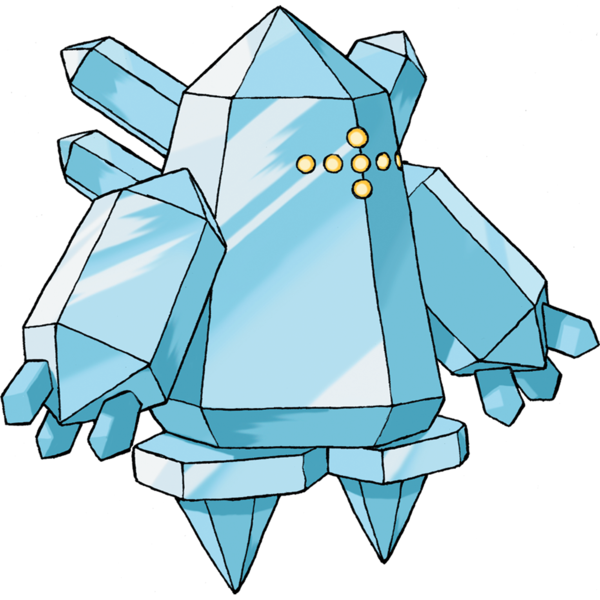 Regice (and I shouldn't really have to explain what typing these guys are) seems to be the fan favorite of the three, I guess because it's the prettiest, and a golem-like robotic chunk of ice is a pretty neat concept, I can admit, though it's a good thing it's apparently capable of floating around because I'm having a tough time seeing those legs as very functional, and good like trying to grip anything with those silly arms, Regice. Maybe they're mostly for show. 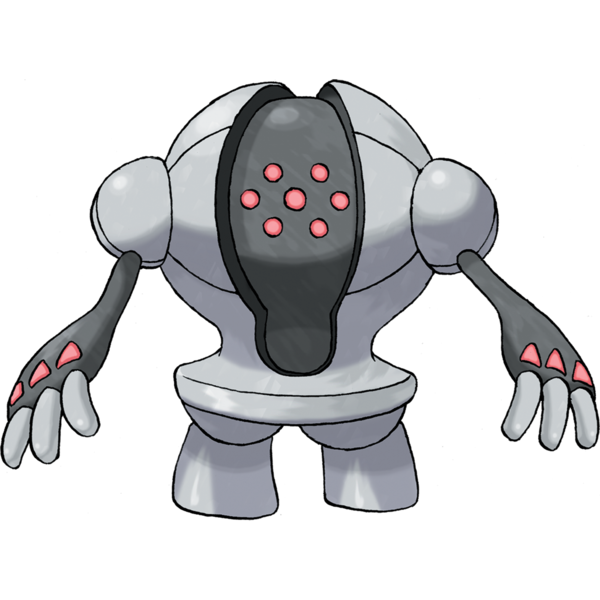 The last of the three, Registeel, is by far my easy personal favorite if I have to pick. I just really like its smooth, bulbous shape and long, flexible looking limbs. Its more circular arrangement of braille-eyes is also really nice looking in my book. It simultaneously has the most "organic" and most machine-like feel of the three, like something that came here from an alien planet.

Four for all three. Why not?