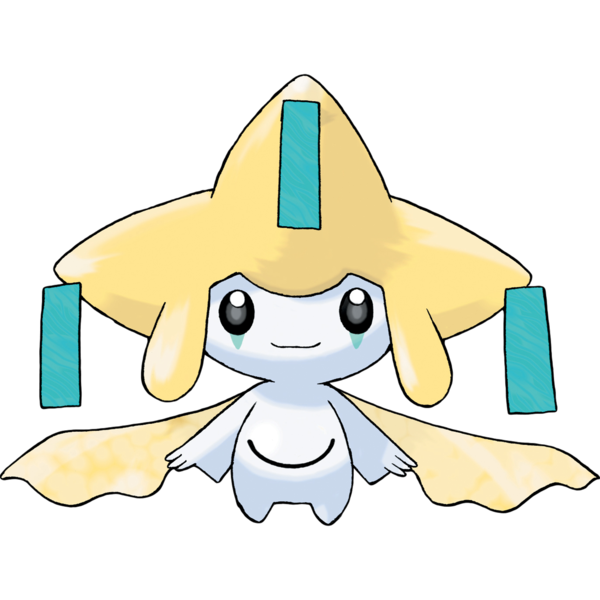 This generation's equivalent to Mew and Celebi, Jirachi is unusually a steel/psychic type, and I really don't know where its steel aspect comes into play. I guess its star-shaped hat is made of some kind of metal?

The idea behind Jirachi is that it's a wish-granting entity, hence its star-like shape and the little paper tags on its head, which are similar to those used in Japan's star festival or Tanabata. In both cases, any wish you write on one of these strips supposedly has a chance of being granted, but Jirachi apparently only awakens once every thousand years.

Visually, Jirachi's design is kind of average until you get to the eerie giant eye in the middle of its chest. Pretty interesting and unsettling twist...though perhaps still not enough to place it among my favorite designs. Sorry, Jirachi, but you kind of mark the point at which the "cute" baby-size legendaries all start to feel a bit samey. I guess you do at least have a kind of "creepy space angel" vibe going on, but tomorrow's pokemon takes that ball and really runs with it.