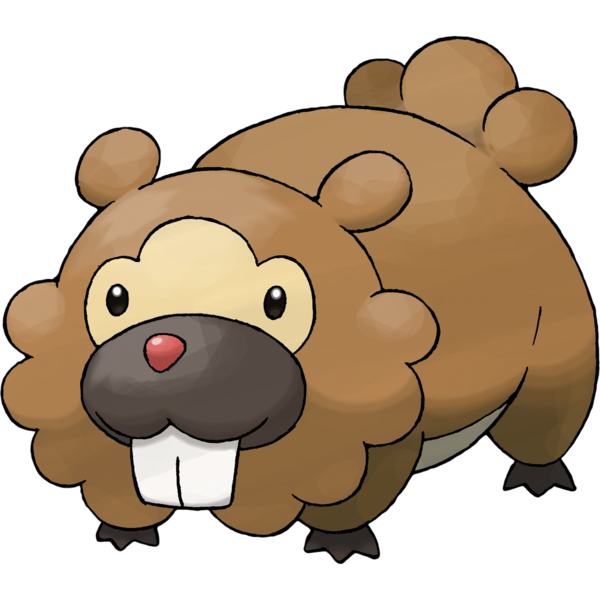 I remember when this poor little normal-type beaver was the new most hated of all pokemon. Its silly appearance and silly name didn't help I guess, but most players were just sick of it because the game seemed to have several more of them running around in several more places than the typical early-game rodent.

That's hardly Bidoof's fault, though, and I always thought it was adorable. 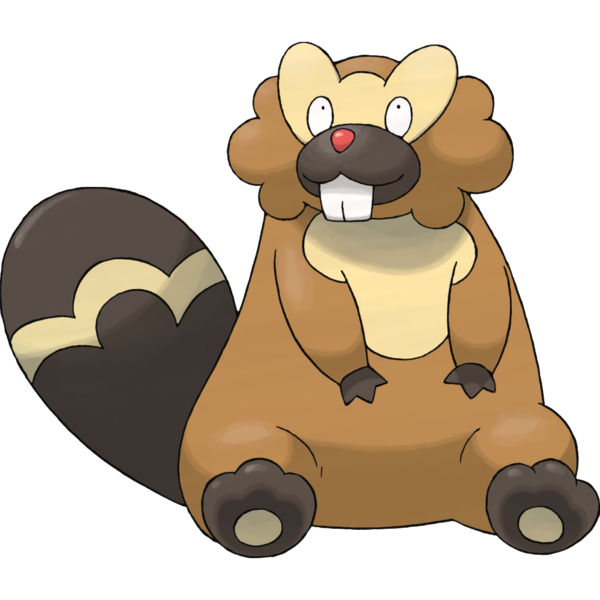 The evolved form, Bibarel, is the game's first normal/water type, and the first pokemon since Girafarig to pair normal with anything other than flying. Though reasonably tough and incredibly versatile - able to learn cut, surf, strength and many other necessary out-of-battle moves - this design was even more disliked than Bidoof, I guess because it looks even sillier. I think it achieves exactly what it set out to be, and its goofy face suits it well enough, but I do think it would look a whole lot nicer if it retained the same style of eyes as its predecessor: 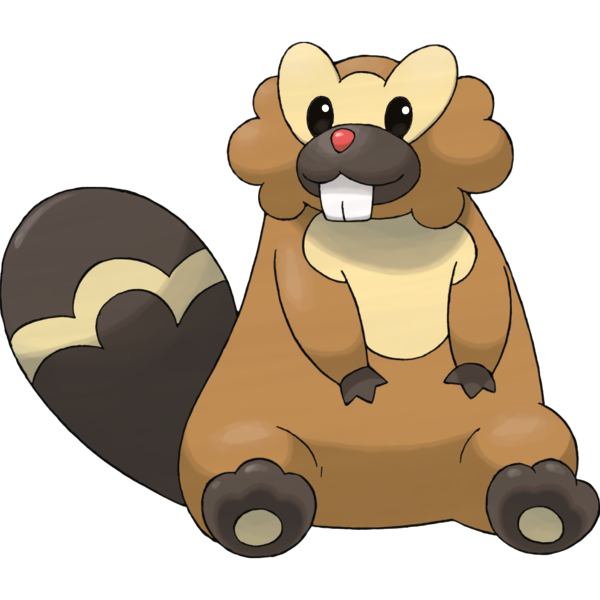 I like staring, white cartoon eyes on tons of pokemon, but this is one just begging for cute, dark button ones.