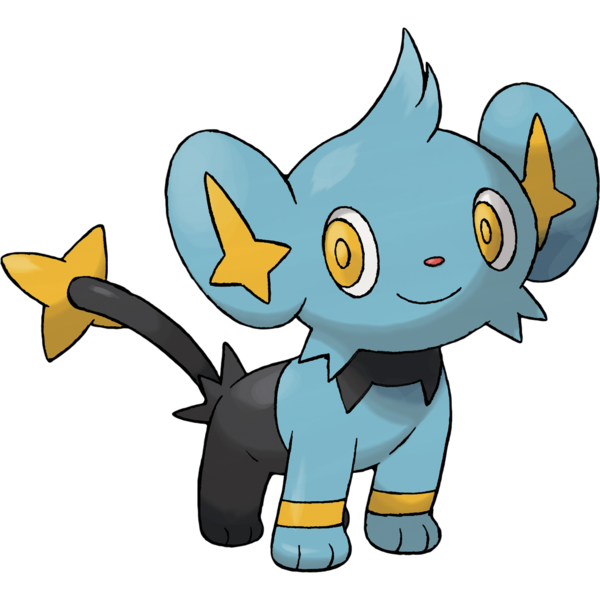 Shinx is an electric type and apparently some sort of lion cub. Its design isn't too bad - I always kinda like the electric types with blue in them - though we're going to get a little sick of blue by the time we're done this generation. 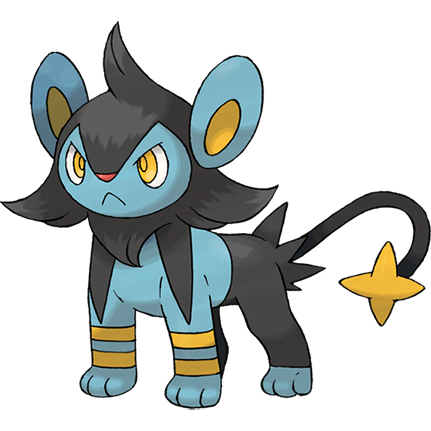 Luxio has a much more catlike appearance than I think Shinx did, and would actually be pretty nice even as its final evolution. 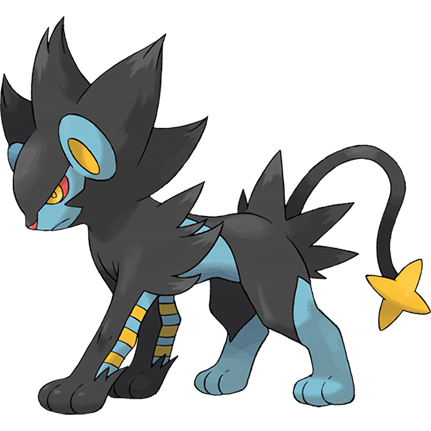 The final "Luxray" has cool, menacing eyes and looks appropriately predatory for a big cat, though the front legs really bother me. The striped undersides are just really messy, and would work better either without the black at all, or entirely black.

That aside, this is another of those pokemon made interesting by its dex entries. Electrical typing feels almost arbitrary from its design alone, but conceptually, it manifests as Luxray's X-ray vision. This electric type cat uses its energy based powers to see through solid matter in pursuit of its prey. That's a wonderfully clever use of the typing, and I just wish it somehow showed through a little more in its design, maybe if the eyes were a little bit larger, even more wildly colored and emphasized with a luminous outline, or something. Still, it's a neat idea.

They aren't too ambitious as far as aesthetics go, but I like the logic behind them.