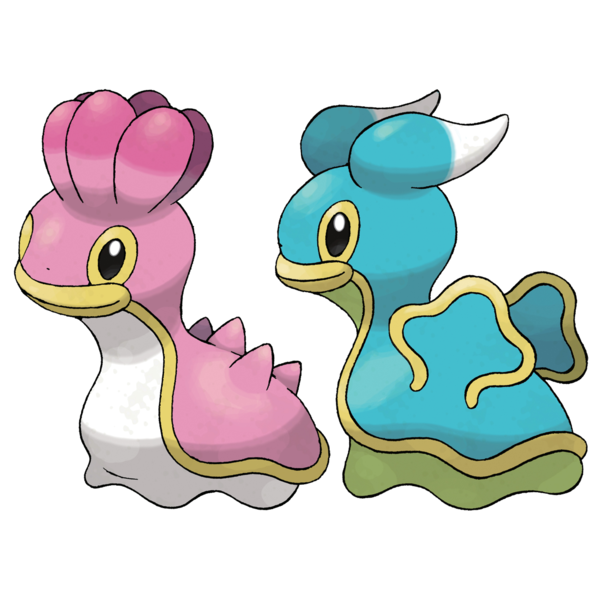 About damn time we get more gastropod representation. Our last one was the Slugma line, and I'm even somewhat more inclined to think of those as snail-like lava monsters than as actual mollusks. Shellos here is a straightforward, adorable ground/water nudibranch, and it even comes in alternate forms depending on whether you caught it to the East or to the West. If you haven't noticed already, the fourth generation goes hog-wild with alternate forms as a theme; we'll be seeing plenty more before we're done. 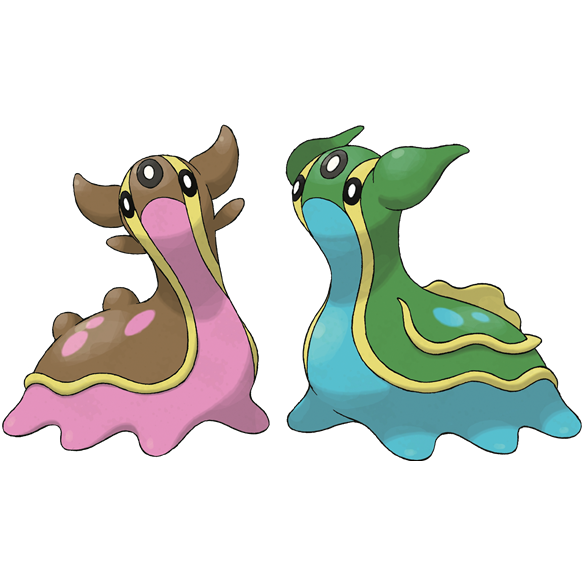 Shellos evolves into Gastrodon, and it's a truly lovely looking sea slug, interestingly boasting three eyes rather than two. The name is also really interesting, because it's just a realistic latin name meaning "stomach teeth" rather than a pun or a portmanteau. I don't think they really considered the fact that "don" comes from "teeth" as much as they were associating it with big beastly animals.

That any pokemon is a big, giant, amphibious sea slug is pretty great, but I do have one personal gripe with this line: 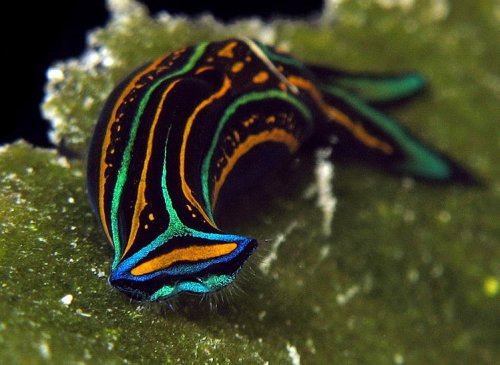 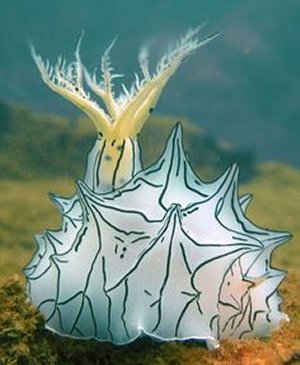 Gastrodon is undeniably a cute, pretty, charming and cool pokemon, but that's not how most people would describe actual nudibranchs, which demand adjectives more along the lines of "breathtaking" and "unbelievable." Gastrodon is a rare case of a pokemon far less fantastic and unreal than its natural inspiration, and I guess that might be because it's more specifically like a sea hare or one of the other slugs that mimic a big, dark blob of algae, but it just feels kind of criminal that this remains our only nudibranch pokemon when we could easily have one of every single type and I doubt anybody would mind.

Could have gone any number of more spectacular routes, but it's still a big, three-eyed slug.