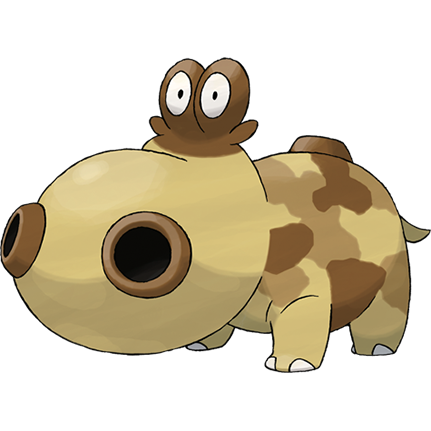 Now, with that unpleasantness out of the way, here's something I really love to see: a pokemon that captures everything cute and hilarious about a real animal in a distinct, stylish way and puts a whole new, fantastical spin on its behavior and biology. Even though this little goof is a hippo, it's a pure ground type, and swims around in sand instead of water! Hey, that's just like how Garchomp is a sand-dwelling version of an aquatic animal, and next generation, we get yet another. Keep them coming, I say. The more "sand is water" monsters the better. 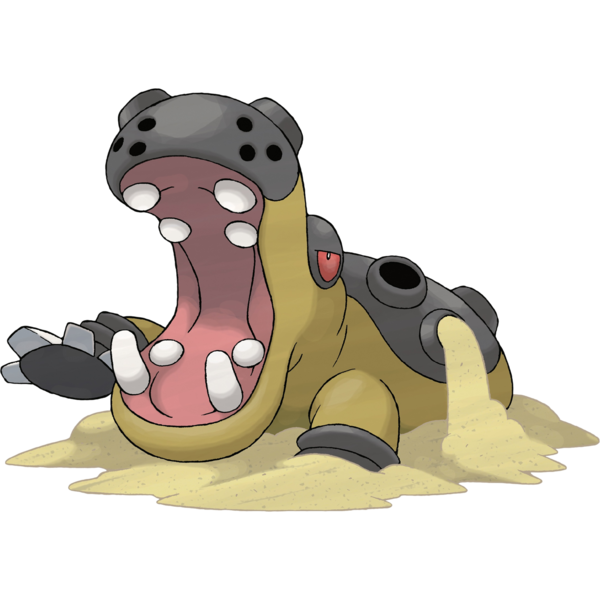 I must admit that I prefer Hippopotas's design to Hippowdon's, primarily due to the lovely bugged-out eyeballs that draw from a real hippo, but Hippowdon is still pretty darn cool. I mean, it's as terrifying as any actual hippo, but it's bursting out of the ground and sand just courses through its weird, hollow, porous body. It's just such a neat idea, and it's SO nicely drawn, too; just admire the details inside that gaping mouth for a while. That sure is a hippo's mouth!