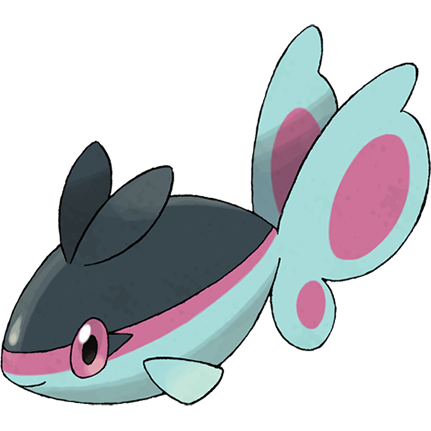 It's interesting that Finneon, this generation's obligatory "mundane fish," comes as late as it does in the pokedex, one of the last pokemon before a string of new evolutions and finally the legendaries. Good job, small fish! Finneon seems to be going for a "tropical tetra" sort of feel, or a colorful little reef fish, its distinguishing feature being its luminous, bright stripes...or so we're told, anyway. Pokemon tend to have muted color palettes no matter how intense they're said to be. 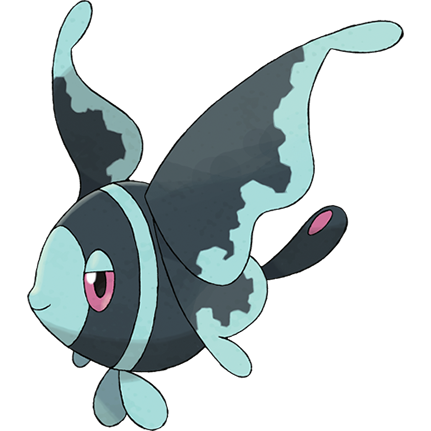 Finneon's evolution, Lumineon, has some interesting biology going on. It "walks" on the sea floor, luminous patterns on its fins attract its prey, and it lives in the deep sea abyss, alongside pokemon like Lanturn. If only any "abyssal" pokemon actually looked as alien as the real deal, Lumineon could easily be a four to five star pokemon, but it's ultimately an inconsequential addition to the pokedex. Nothing wrong with that, of course; I'm glad pokemon takes some time out to just throw in more fish, birds and butterflies, as I've said time and again. It just fleshes out the setting.