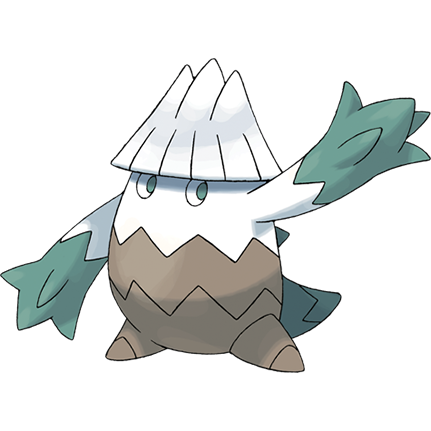 Another of this generation's truly standout pokemon, the adorable and inventive Snover is a grass/ice pokemon, usually opposing types, representing a little baby evergreen tree. It even kind of looks like its body is still largely a big pinecone, which I never even really noticed until just now. I also love its little "hat" and the Moomin-like quality of those innocent little eyes.

Snover is also said to grow berries "with the texture of frozen treats," and demonstrate a curiosity about humans by "gathering around footprints," which is cute as SHIT. 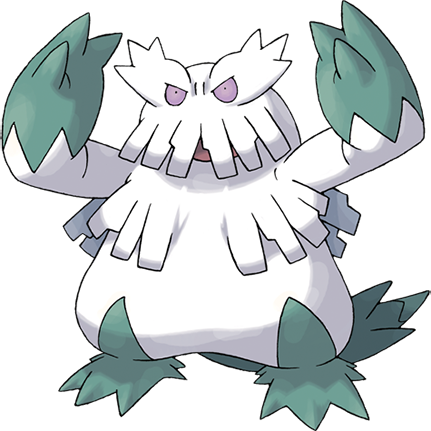 Things take a pretty wild turn when Snover evolves, becoming a shaggy monstrosity with an almost squidlike 'stache, and as its name implies, it's the pokemon world's equivalent to the abominable snowman. The "yeti" was a walking tree all along. How cool is that!? 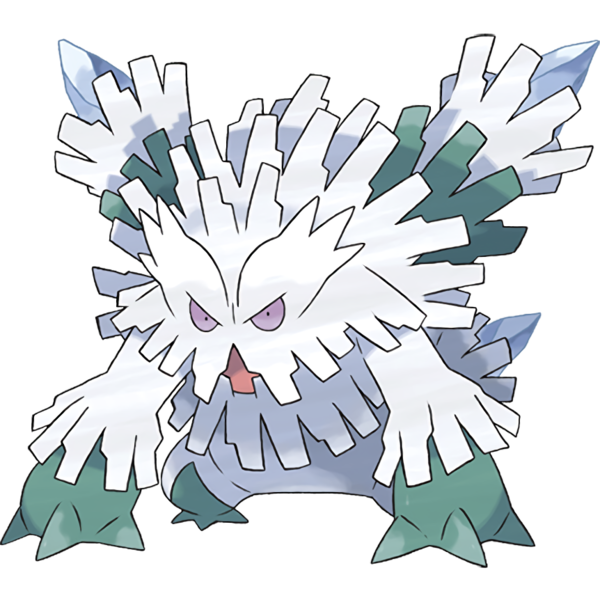 As if it weren't abominable enough in competitive play, the yetree (sorry, I tried) was given an even shaggier, abominabler mega form, now rounder and more quadrupedal with a couple of spiky back-sprouts. This is a better designed mega than most, adding nothing that feels like overkill. It really just looks like Abomasnow got extra pissed an all its "hair" stood on end.

What's also really cute is just how many fans draw comparison between Abomasnow's design and Cthulhu. It's kind of tenuous, but I'd like Cthulhu so much more if it was also a yeti that was also a tree.