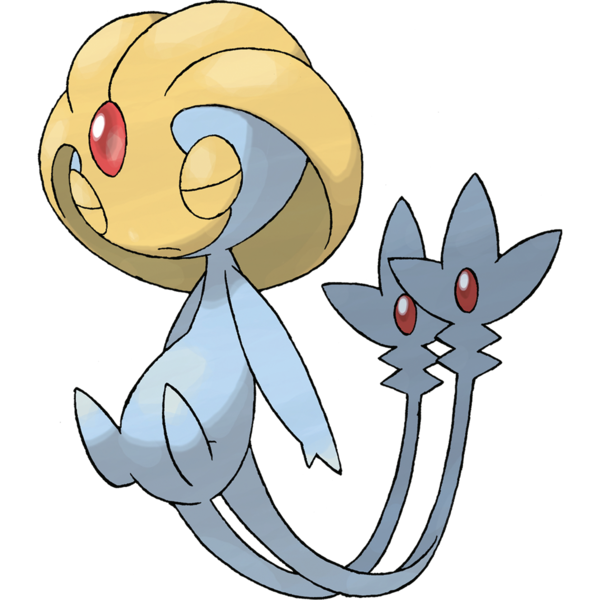 We now begin the legendaries of the fourth generation, and there are a lot of them this time. I also find a lot of them even more forgettable than usual, as far as legendaries go, so let's just get these over with. The legendary "trio" this time around consists of three psychic-type "fairies," and they aren't bad designs, but they don't feel particularly new. They feel more like Mew homages that just barely escaped the cutting room floor, though I do like the idea of legendary "elves" in principle, and I like Uxie the most. It's called the "Knowledge Pokemon," and supposedly, it can erase your memory just by opening its eyes and looking at you. 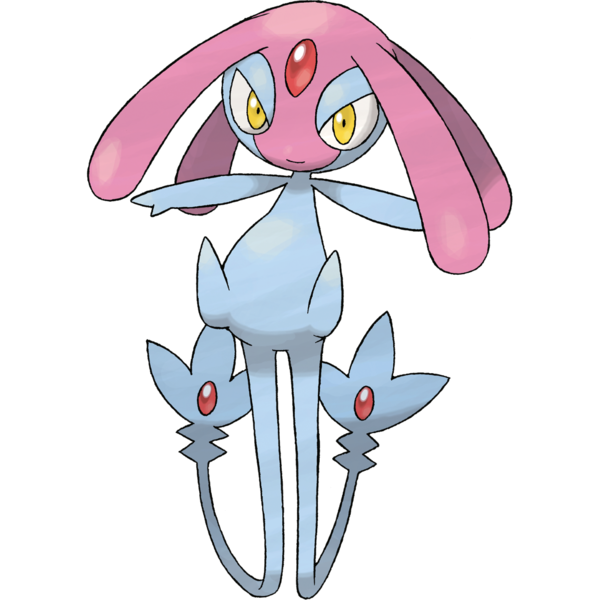 Mesprit, the "Emotion Pokemon," is said to have granted humans with emotion in the first place. It has a personality to it, but I don't find it as cool as serene, sleepy-eyed Uxie. 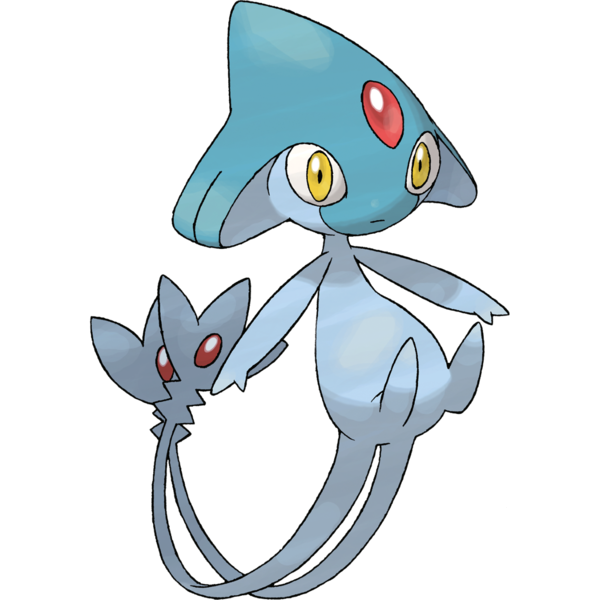 Finally, we've got Azelf, who gave humans their "willpower." Of the three, something about Azelf feels the most ordinary, like it was the default the other two were drawn from.

Okay, but not great.