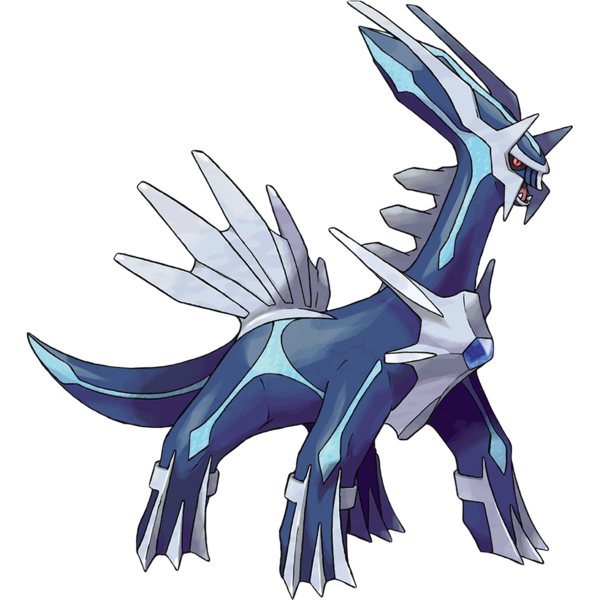 Diamond's cover legendary, Dialga, is a steel/dragon type with power over time, and it's one I always remembered as one of those ridiculously jumbled designs, but I guess it's nicely streamlined for what it is. A silly looking long-legged, long-necked dinosaur with a swept back head. Almost a bit of "Alien" in there, though not enough to make it a big selling point for me. 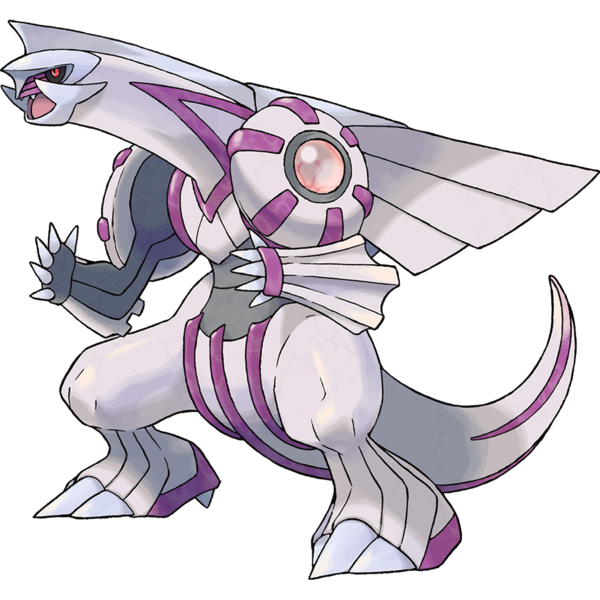 Then we've got Palkia, representing "space" instead of time, and for some reason that also means it's water/dragon instead of steel/dragon. Is anything about it water themed? Water is never even mentioned in its pokedex. I've seen a theory that the idea here is how space can change, like water, but time is rigid and unstoppable like steel. I guess? Whatever. Palkia is much sillier looking than Dialga, and doesn't have as much flow.