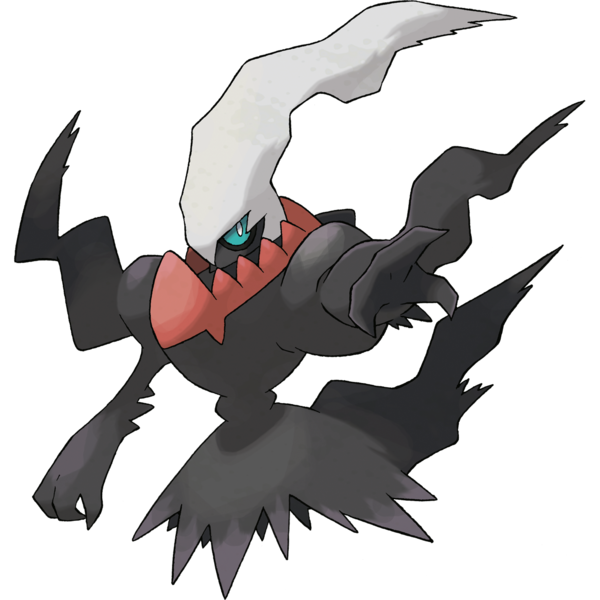 Once again, we've got a "spooky" legendary that I should theoretically like a lot more, but the dark-type "pitch-black" Pokemon is one of those I just kinda respect without personally getting into. It's basically a "bogeyman," themed around causing and feeding upon bad dreams, and I guess if there's one thing I like about the design, it's that the "collar" REALLY looks more like a gaping mouth full of teeth, with Darkrai's mouthless head serving more like an elaborate tongue or something. 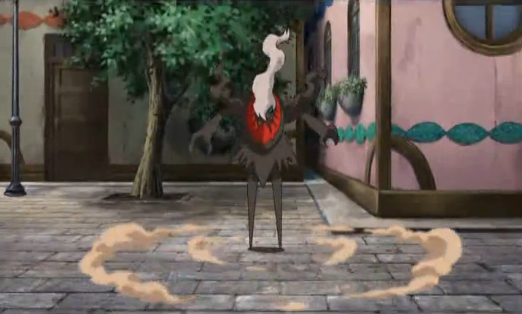 Darkrai also gets a pair of retractable, slender legs that taper off into points. It's never seen walking, but it does extend them to land or perch, and I think that's pretty neat. It makes it look more humanoid, but through a very very inhuman anatomical feature. Neat. Still, we already have a spooky ghostly legendary in this, right? We also had multiple unrelated mew-like beings in both the "elves" and the sea-angels. What was this gen trying to DO with all these legendaries?