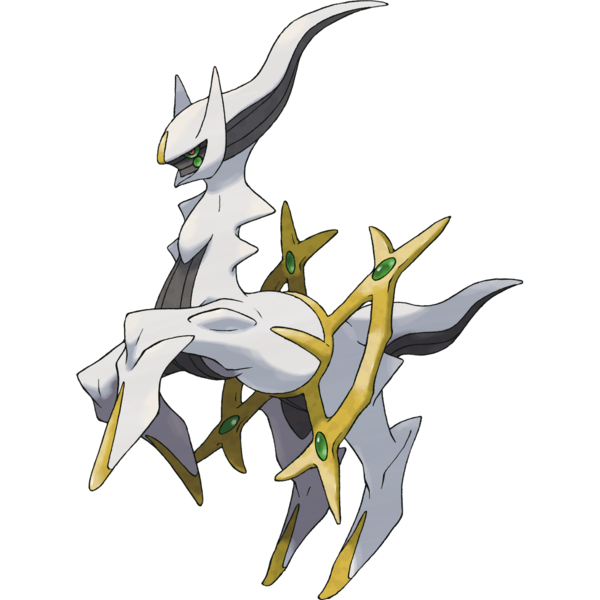 Welp, here we are. The most ultimate of all ultimate pokemon, the creator of the universe itself, Arceus.

That's right, this freaky thing represents a god, maybe even the god in pokemon continuity, and you can stuff it into a pokeball and force it to beat up rats and goldfish to your heart's content. You can also change its typing to any in the entire game, and its color scheme will change a little to match. I shouldn't have to review all those individually, should I? 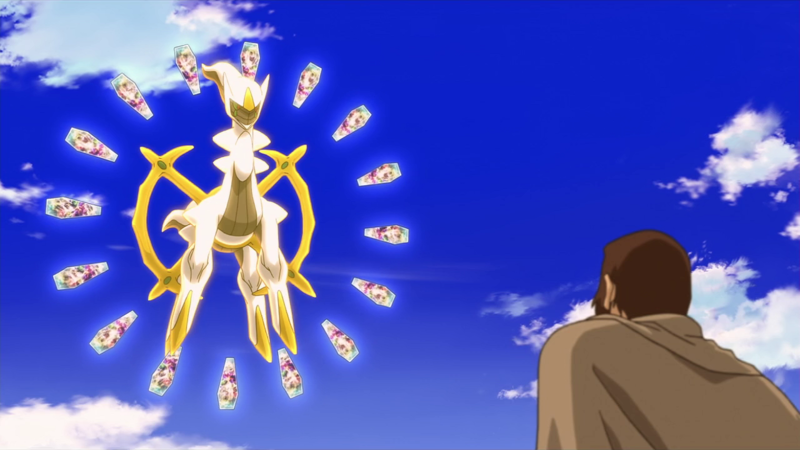 As a design, I actually like Arceus quite a bit. I'm not sure I'd like it as much if it weren't supposed to be GOD, but it has a suitably unearthly, unsettling look and feel for a divine being, fleshy and knobbly but clean and white and sleek, with a "neck" almost like an armless centaur-torso and a strange, golden, organic "halo" dividing its midsection. This is another pokemon that reeks, to me, of the "angels" in Evangelion, but perhaps not as blatantly or maybe-intentionally as Deoxys. There are enough pokemon with this eerie, serenely angelic theme going on that you can put together a pretty haunting team out of them, albeit a team with a ridiculous power imbalance. Looking good is what matters anyway, isn't it?