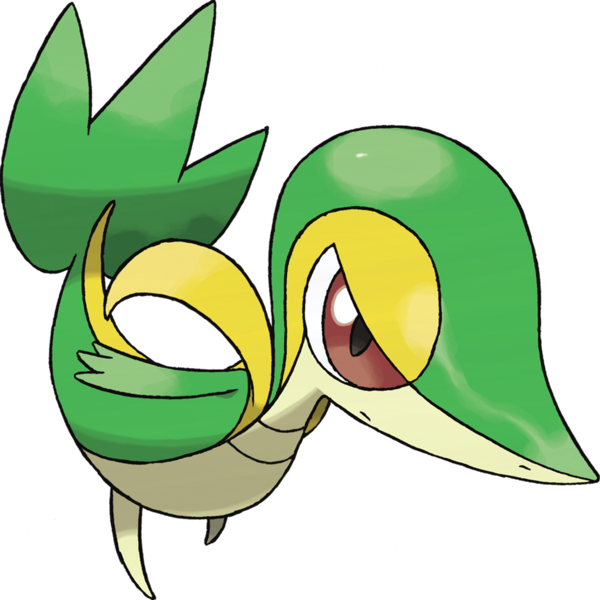 We were all quite surprised when a grass starter turned out to be a snake, even if, at first, we all thought it might be another lizard, due to its adorably nubby arms and legs. Specifically, this snooty little serpent is based on a real-world "vine snake:" If you're already familiar with these animals, Snivy is almost immediately recognizable. 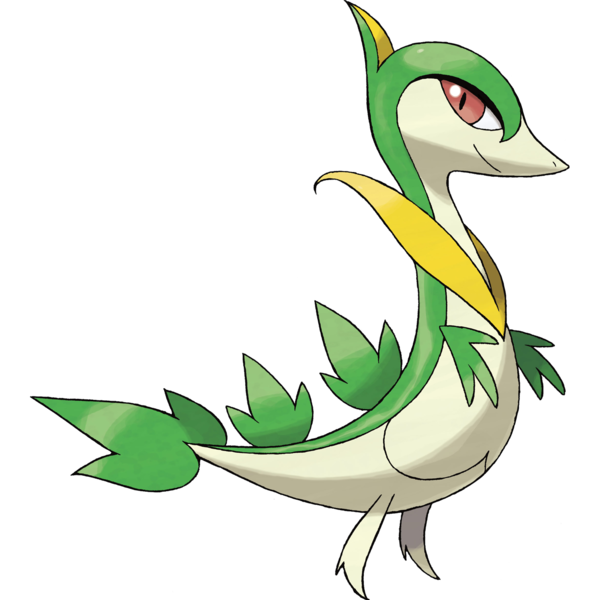 When Snivy evolves into Servine, you can already see its forelimbs reducing into nothing but leafy paddles... 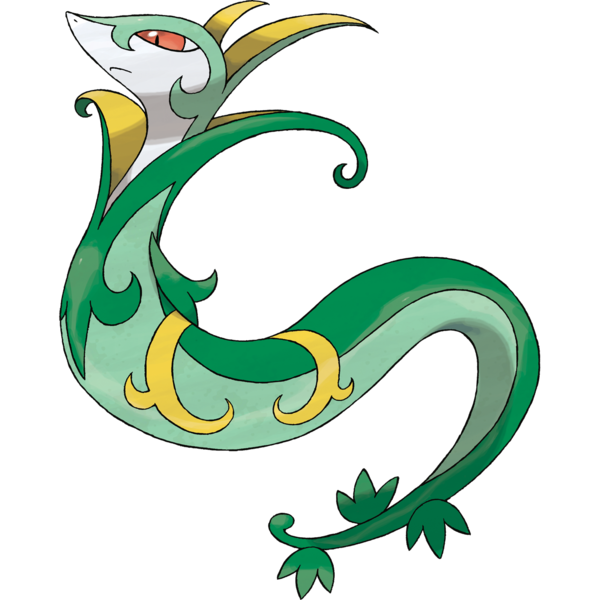 ...And as Serperior, it loses its limbs completely, becoming a rather ornately decorated snakeplant following the actual real-world evolution of serpents. Neat! This SORT of ties in with the theme we've seen of grass starters as prehistoric animals, doesn't it? It might have been cooler if Serperior at least retained some little nubs. OH, so it does, but only the forelimbs! Okay, so this is like a snake that would only exist millions of years ago in our own world. Rad!

A snake starter is inherently cool. Could've been better, but ah well.