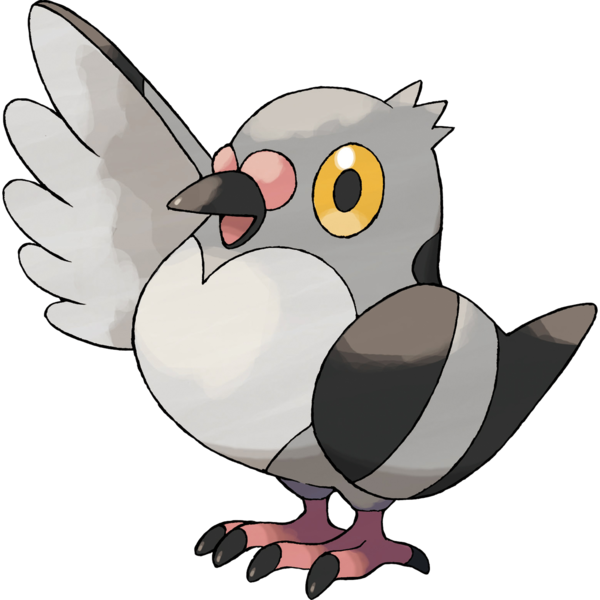 Almost two decades after the misleading named Pidgey, Pokemon finally got itself a pigeon that undeniable looks exactly like a pigeon, with the same wonderful blank stare and fleshy facial growths that make pigeons so adorable. 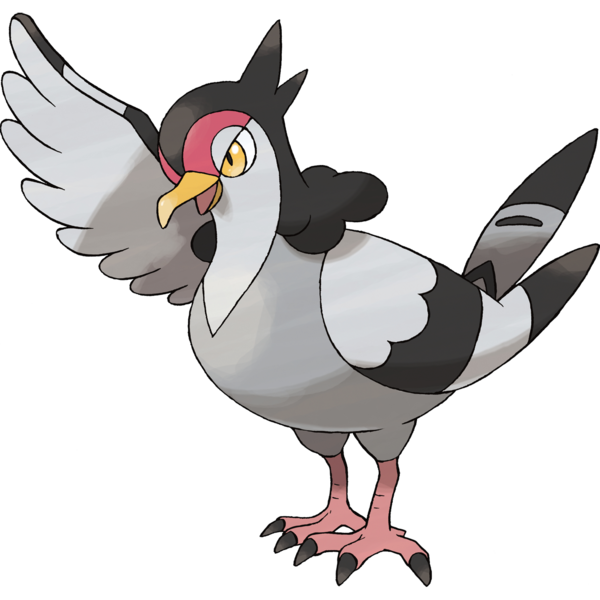 As is typical of the early birds, the cuteness quickly gives way to a little more menace, though Tranquill is still recognizable as part of the pigeon family. 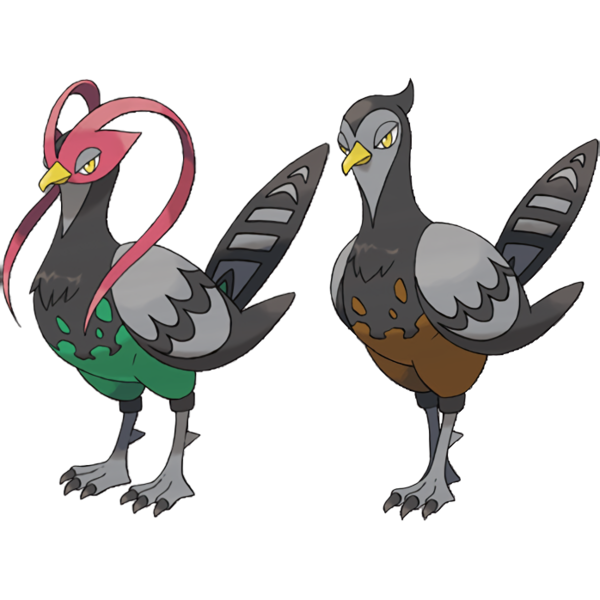 The final stage, of course, is a much larger and scarier bird than its real-world counterpart, even named UNFEZANT in the English version. A pheasant and a pigeon are two different things, but there's also such a thing as a "pheasant pigeon." These birds seem like they could be any of the three. What's great, though are the head decorations on the males, an extreme dimorphism pretty rare in pokemon.

Probably my favorites of the early-game avians.