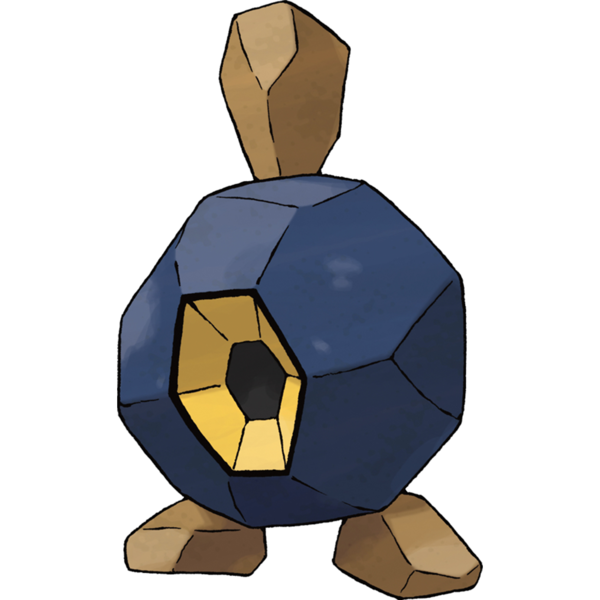 Having slogged through all those monkeys, rather underwhelming starters and merely acceptable early-game pokemon, you might expect generation V to be something of a mixed bag, but it's at exactly this point that it starts to get really interesting...and almost never stops.

Our first total weirdo is the pure rock type, Roggenrola, more interesting for what it lacks than what it boasts. Many lines in this generation seem to be equivalents to pokemon from Red and Blue, and Roggenrola more or less fits the same role as good old Geodude, but where 'dude is merely a rock with a face and arms, Roggenrolla is merely a rock with a few more rocks and a big, gaping hole where a face would have gone on any other pokemon. A hole you might expect to be an eye, but the pokedex informs us is an ear. What a wonderfully, wildly unearthly little critter! A living rock's anatomy should be this unlike that of an animal. 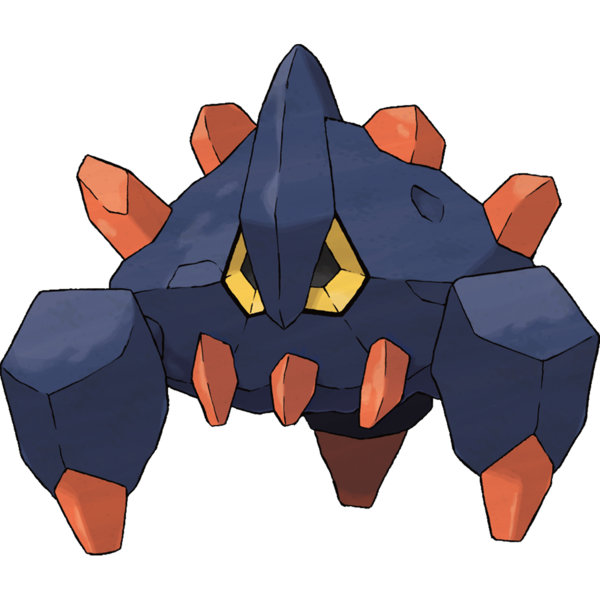 When Roggenrola evolves into Boldore, its sound-pit is unfortunately made to look even more eye-like, even "scowling," which I feel detracts a little from what made Roggenrola more interesting, but it's still cool to have such a "faceless" living rock beast like this. According to the dex, Roggenrola doesn't rotate to change direction, but faces the same way as it darts forward, backward, left and right like some bizarre subterranean crab! 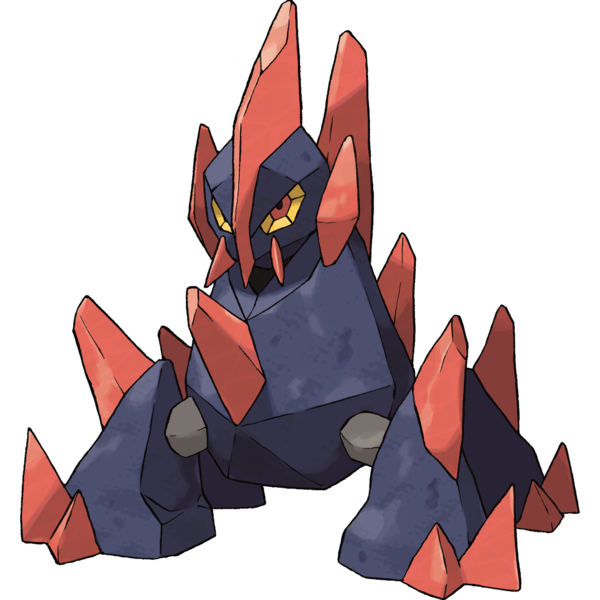 Given what I was just saying, you'd be correct in assuming I find the final stage to be the weakest of this line. Compared to its predecessors, Gigalith simply looks far too "normal," with a well defined head, four legs and unmistakable eyes. It is, however, still very competently designed, very menacing and very cool.

Another of those lines that go steadily downhill, but thankfully never hitting rock bottom.