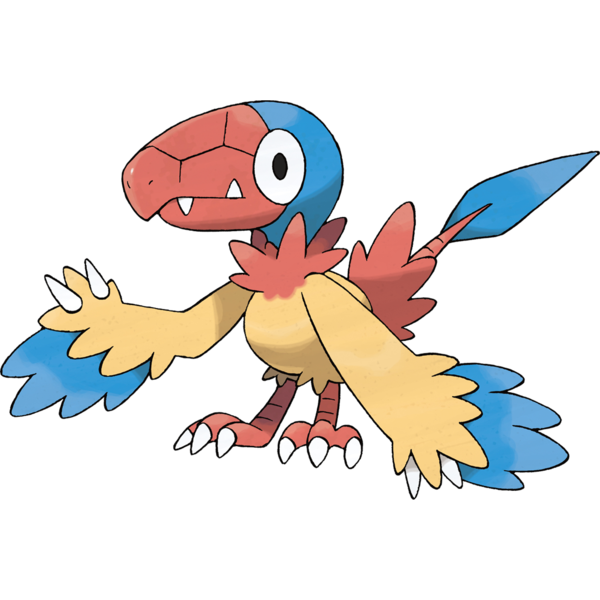 Our other fossil pokemon is a little more exciting than the addition of a realistic turtle, and even a prehistoric animal that never gets enough love, the Archaeopteryx. At one time, this feathered animal was placed in a category almost all its own, considered a "missing link" between "reptiles" and "birds," though we now know that all dinosaurs were birds, all birds are still dinosaurs, "reptile" isn't really a hard distinction in itself and Archaeopteryx belongs somewhere between the feathered nonavian theropods and the modern avian dinosaurs we traditionally called birds.

Taxonomy aside, this pokeymans is a cute big heads!!! 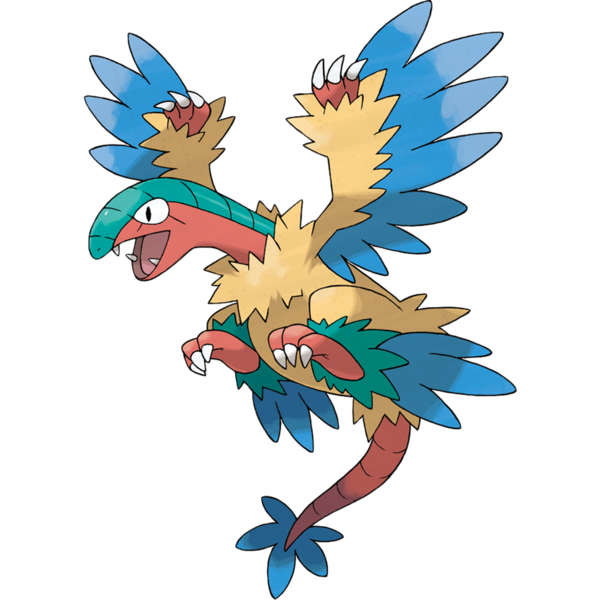 I don't personally find Archeops quite as appealing as awkward, buggy-eyed Archen, but it's dang cool regardless, and I enjoy how menacingly snakelike its head is. There's no mistaking this thing for just any bird. This is exactly the freaky, flying lizard monster early palaeozoologists imagined.

One of the coolest flying types, coolest fossils, and coolest birds in the series.