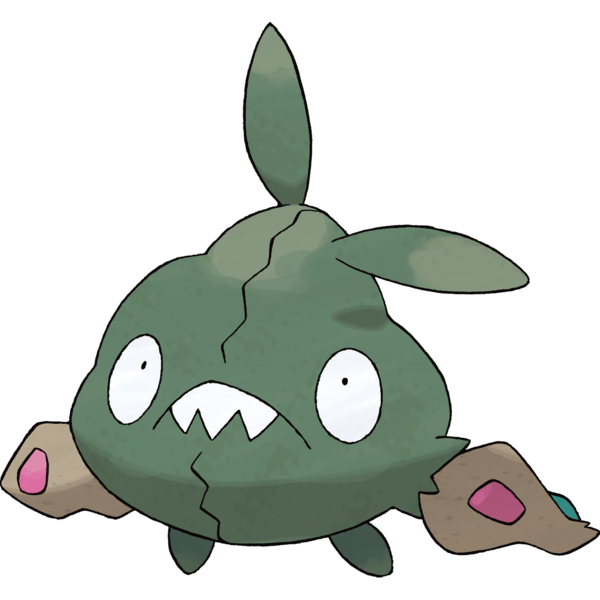 Well, it looks like this is it. Everything is downhill from here. I don't just mean my Pokemon reviews, obviously, but civilization as we know it. There is simply nothing popular culture can offer me that can ever surpass Trubbish and Garbodor, the very first and still only pokemon to ever finally dethrone Gloom as my clear-cut favorite thing in the franchise, and I'm just glad that the entire fandom so unanimously accepted and celebrated the cutest, purest thing to ever grace a Gamefreak cartridge. Thank goodness people have taste. 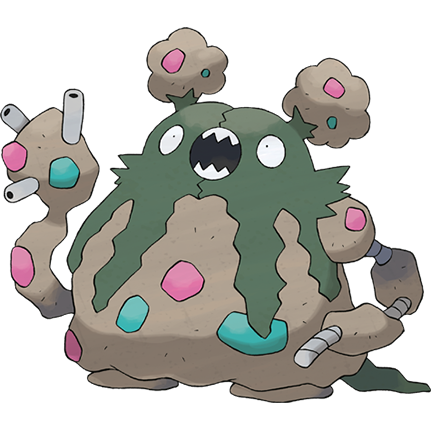 Having already reviewed these two in almost excrutiating detail however, I can't say I really have any especially new thoughts to add. What I can do is repackage my thoughts, so to echo and contrast our review of lucario way back there, I present...

The Ten Things I Love About Trubbish and Garbodor

Literally garbage.
A million billion blog posts and youtube videos begin and end their opinion of this line with the same statement, as though garbage is inherently an uninspired basis for a monster, even though it's been the basis for lots of memorable monsters in cartoons, horror movies, video games, anime and comics, whether for an Earth Day moral or because a shambling pile of living rot is just plain cool as hell. It's a concept I already wanted in a pokemon since Koffing and Grimer first captured my heart, and I was excited the very moment news leaked of a poison-type trash bag creature. Whatever it looked like, I was prepared to fall in love.

The completion of a trifecta.
Muk is an amphibious, liquid poison type that loves filthy water. Weezing is a floating, gas-filled poison type that thrives in polluted air. Garbodor is a walking mass of solid rubbish that lives on land. If anything, something like Garbodor should have been one of the original 151, giving the poison type a trio of earth, sea and air pollutants.

Their flawless visage.
With jagged, piranha-like teeth (which I'm still certain are just shards of broken glass) and those fishy eyes I've already gushed about on other pocket monsters, the garbage bags have a personality as comically adorable as it is monstrous, even terrifying. Rat Fink vibes.
They're subtle and they're probably not conscious, but I at least see them. As a pokemon with buggy eyeballs, gnashing teeth and a hideous stench, it certainly comes the closest of any Pokemon to the irreverent spirit of such childhood classics as the Ugly Stickers and Madballs.

Bizarro Totoro. Whether intended from the beginning or a happy accident along the way, Garbodor bears a lot of resemblance to the Ghibli forest spirit, Totoro, albeit twisted into a creature of toxic waste rather than nature.

A rotting ghoul with scrap metal bones.
How cool is it that Garbodor appears to build a supporting structure from metal pipes and rebar? Do you think Trubbish can only evolve when they've collected enough solid matter to build a crude "skeleton?" More importantly, how cool is it that we can actually SEE part of that skeleton?

Sympathetic underdogs in-canon.
Even in a setting where people routinely welcome fire-breathing reptiles, sentient explosives and the spirits of the dead into their homes, Trubbish and Garbodor are shunned by some for their dirtiness and stench...even though they basically help clean up litter, like more natural vultures, hyenas, various insects and other real world scavengers people find "ugly" and "gross."

Giant, killer, mutant dust bunnies.
Even Japan has the term "dust bunny," though their word for "dust" is interchangeable with "trash" or "dirt." That is why Garbodor has the "pom poms" or "ears" on its head, another unfairly common source of criticism. That "chalk doodle" feel again. Like I was just saying about Scrafty, Garbodor has the feel of a young child's crude, scribbly drawing style, and that's only ever lovable. 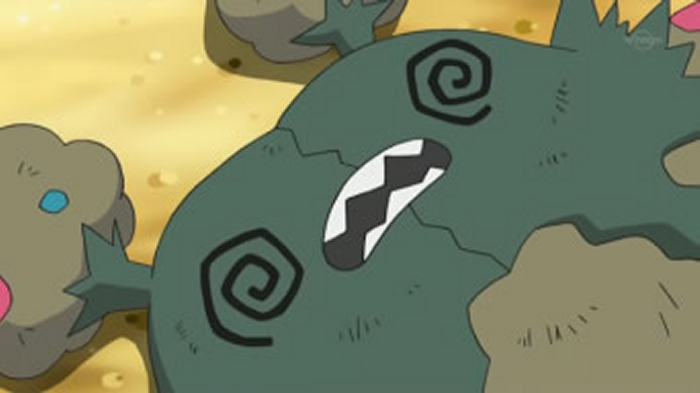 After devastating Lucario with so many sick burns that one time, I made myself consider some of its positive points and offer some alternative ideas. Likewise, now that I'm done gushing, I'm going to try to talk about what little room Garbodor might have for some sort of "improvement," beginning with the dreaded competitive scene.
I'm not really into competitive pokemon...but that's pretty much only because so many of my favorites are so difficult to keep alive and I just can't have much fun if I can't use them. Maybe I would be a competitive player if some of the more interesting pokemon had more of an edge in the middle tiers, and at the very least, I'd appreciate if Garbodor had just a little more defensive bulk and a few handier moves. If it could set up Stealth Rock in addition to its Spikes and Toxic Spikes for instance, or learned as good a healing move as Recover. Actually, why does the awesome Leech Seed have to be so restricted to grass types? A pile of trash makes every bit as much sense to infect the opponent with life-sucking parasitic weeds.

Naturally, I'd also be pretty open to new evolutions or alternate forms. What if, like Wormadam, Garbodor could adapt to different environments and different components? A poison/grass "compost" Garbodor, poison/steel "scrapyard" Garbodor or poison/water "mud" Garbodor could all have their uses. 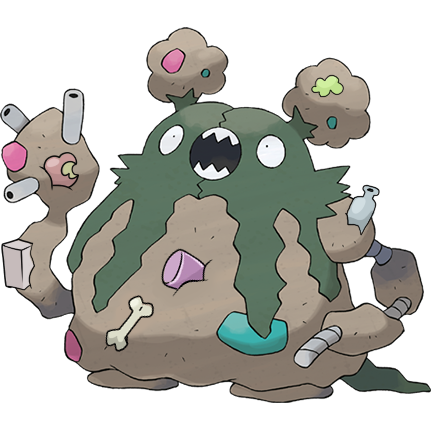 I completely failed, didn't I. I just can't come up with any real criticisms here.

The worst thing about Garbodor is that it's the only garbage-based pokemon! Now THERE'S a gaping failure! Where's my poison/water rotten fish skeleton? My poison/grass moldy banana monster? A poison/steel garbage can with teeth? How do you expect me to play pokemon without an entire team of garbage???