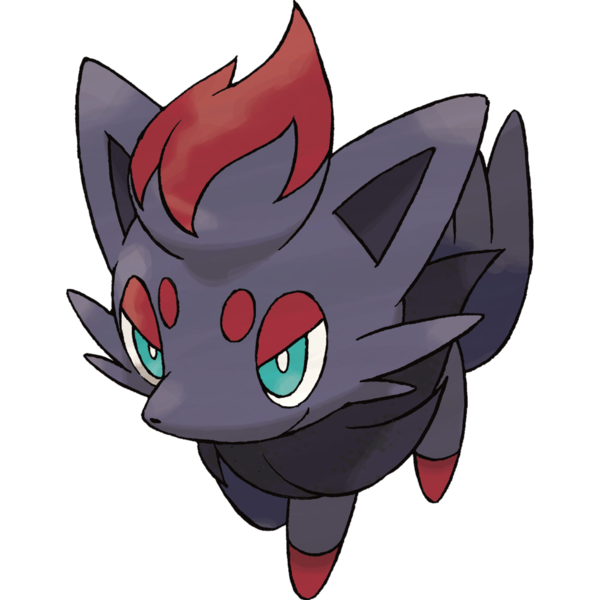 Alright, alright, Trubbish has been up long enough. I guess. Immediately following my personal favorite pokemon of all time is almost its polar opposite, a fuzzy dark-type fox pup that seems almost formulaic in its marketability, even evolving into a more "anthropomorphic" form and one of the first pokemon this generation advertised around. In other words, this line is more or less the dreaded Lucario all over again, except... 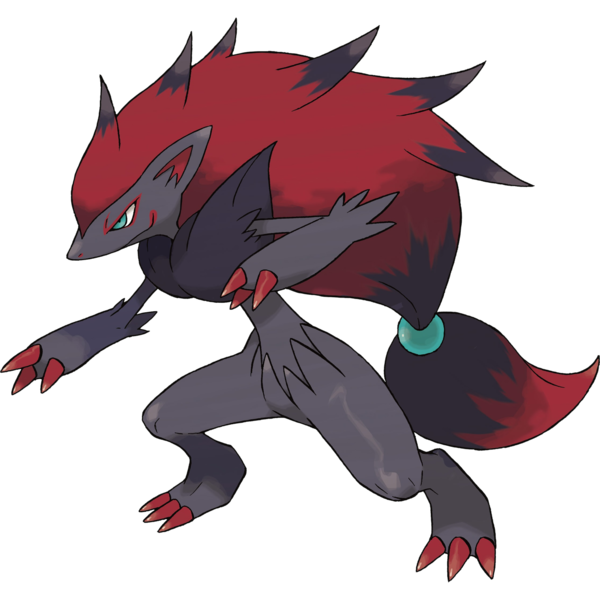 When Zorua evolves into Zoroark, it becomes basically everything Lucario wishes it could have been, as I touched upon already during lukydoo's review. Though an anthropomorphic fox is as far removed from "my kind of thing" as you can get, Zoroark is a design with style, beauty and menace I can wholeheartedly support, with a simply lovely color palette, elegantly flowing anatomy and a face that truly borrows more from the aesthetics of classical youkai art than from so many other anime dog-people. 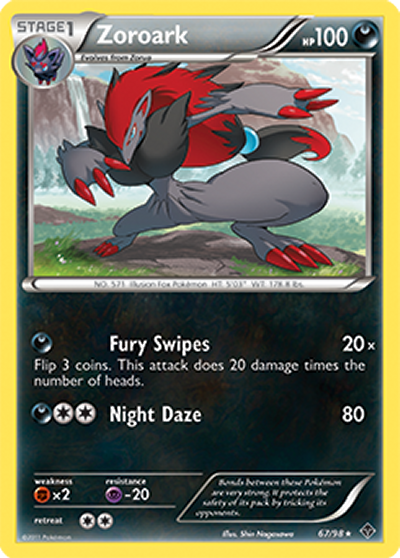 Zoroark also draws heavily from traditional kabuki theater, with its rockin' hair, killer makeup and ability to shroud itself in illusionary camouflage. Its unique in-game ability actually causes it to resemble the next pokemon in its trainer's team until it takes its first damage, allowing you to troll your opponent with a psychic-immune zoroark that appears at first to be, say, a quadruple-weak-to-psychic Toxicroak, or perhaps like a review of Lucario again.

A shadowy kabuki fox is a neat enough idea, but the competent design makes this one of the coolest canid pokemon around.