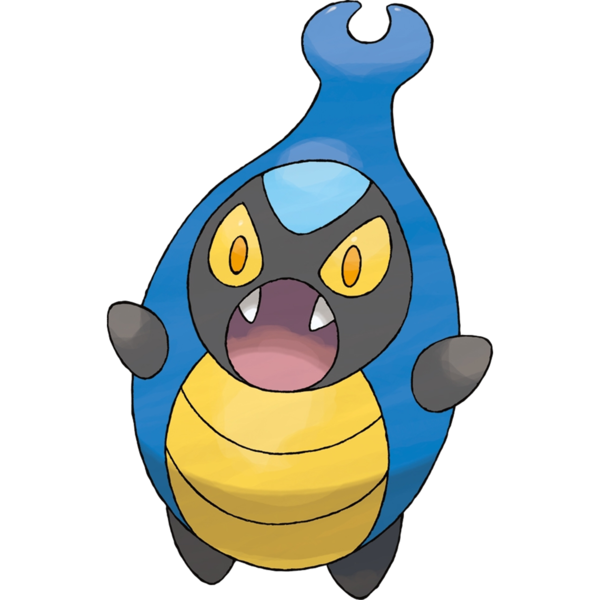 We've got another of the fifth generation's weirdest and quirkiest additions today, an adorably goofy little bug type based on a Carabid beetle.

Carabids come in many different forms, but almost all of them are predatory, and Karrablast in particular is based on the various species who specialize in preying upon snails. How do we know this?

Karrablast is the first pokemon to evolve only when traded for another specific pokemon, the bug/steel Shelmet. We'll be getting to a review of Shelmet and its evolution later, but for now, all you need to know is that Shelmet comes out of the trade as a pure bug type while Karrablast becomes bug/steel. 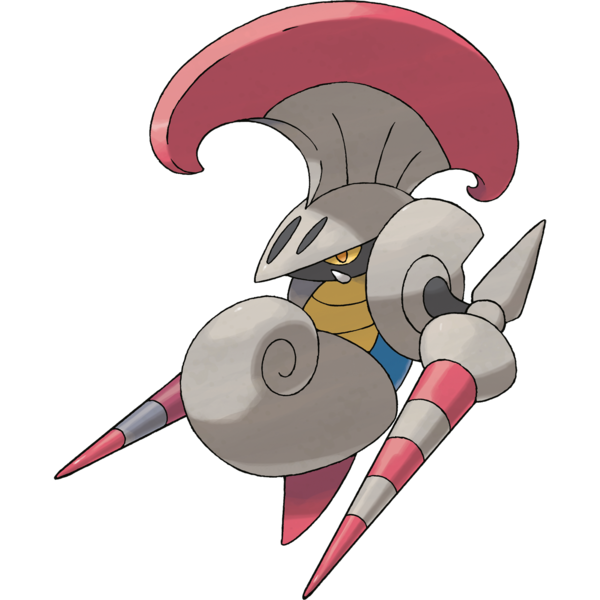 Only by stealing the metal shell of a weird snail can Karrablast become Escavalier, a bug knight that apparently...floats? I guess? This seems to be a case in which a pokemon is only shown to be hovering because they just weren't sure how else the design could get around, though I think it may have also been portrayed walking around on its lance-like arms.

Escavalier could, perhaps, have been designed a little more efficiently, but I enjoy the mix of silliness with ferociousness. Not one of my favorite bug types, but it comes from such a fun place that it's hard not to approve.

Odd looking even for me, but a very neat idea.