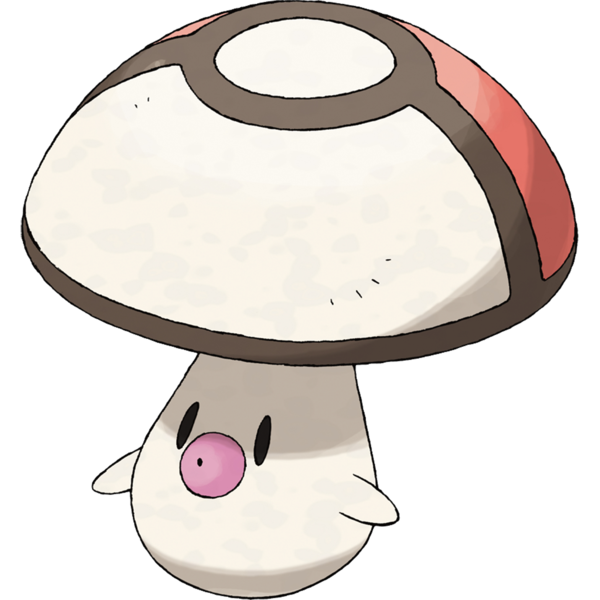 This adorable little sucker-mouthed mushroom is the last poison type of the fifth generation, the first grass/poison fungus we've ever gotten. It was honestly about damn time considering how closely associated poison is with mushrooms.

Like all fungal pokemon, it can learn the 100% sleep-inducing Spore, but it's not so much a callback to Paras or Shroomish as it is a callback to Voltorb, since its cap resembles a pokeball and brings us the same "mimic box" mechanic from a completely new angle! It could also be sort of a nod to the fact that many people hunt edible mushrooms from the wild, but may mistakenly pick dangerously toxic species. 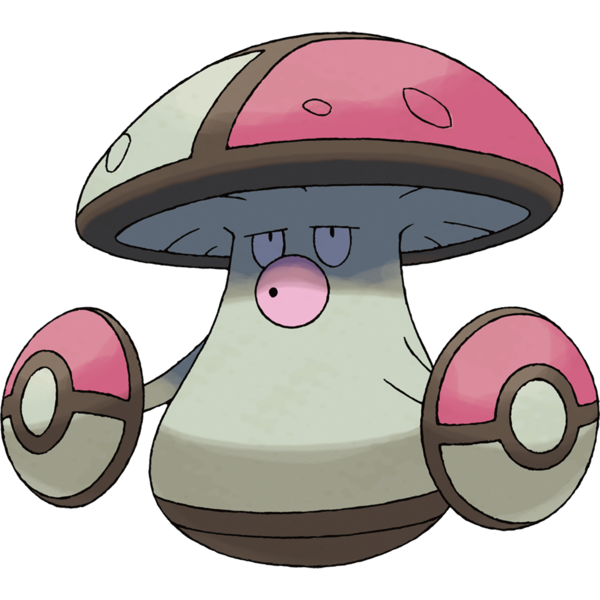 Amoonguss is a somewhat formulaic evolution, simply making it bigger, giving it more false pokeballs, and even changing its beady dark eyes to larger cartoon ones. I usually can't stand the eye thing, but I like the dismal look on these. Overall, I'm just glad there's a mushroom pokemon that's just a mushroom. Parasect and Breloom are brilliant, but it was high time we had a more straightforward toadstool.

Ominously, the pokedex informs us that the pokeball patterns evolved to lure prey, but "very few pokemon are fooled." Very few pokemon. Does that mean Amoonguss just doesn't get to feed very often in general, or is the implication more that humans are its main diet?

These two also have what are hands-down the best English names in their generation.