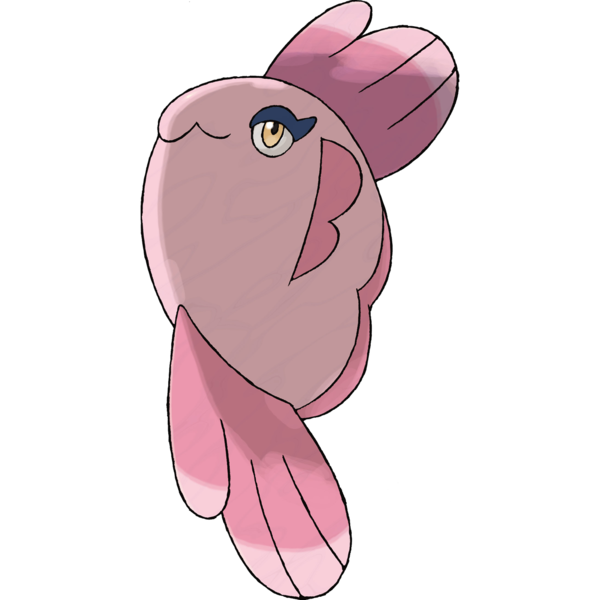 I guess we kinda blew an important topic here when I reviewed Luvdisc, which everyone was sure evolved into Alomomola until it turned out that absolutely no fifth-gen pokemon would evolve from or into any previous pokemon. It still feels like this sunfish was probably designed as Luvdisc's evolution until perhaps this arbitrary soft-reboot, but who knows.

Alomomola is based upon Mola mola, the giant ocean sunfish, an animal that actually preys almost exclusively on jellyfish, which should make Alomomola the natural enemy of its pokedex neighbor, Jellicent. All the dex has to say, however, is that Alomomola patrols the ocean looking for injured pokemon to heal with a "special membrane." I guess it means some sort of fishy slime coating.

There's something about these animals I always found extremely haunting. They're adorable, yet I feel like I'd be terrified in the water with one of these huge, stretched-out faces hovering in the void with me. There'd just be something existentially overwhelming about the whole thing.

A cool choice of animal.