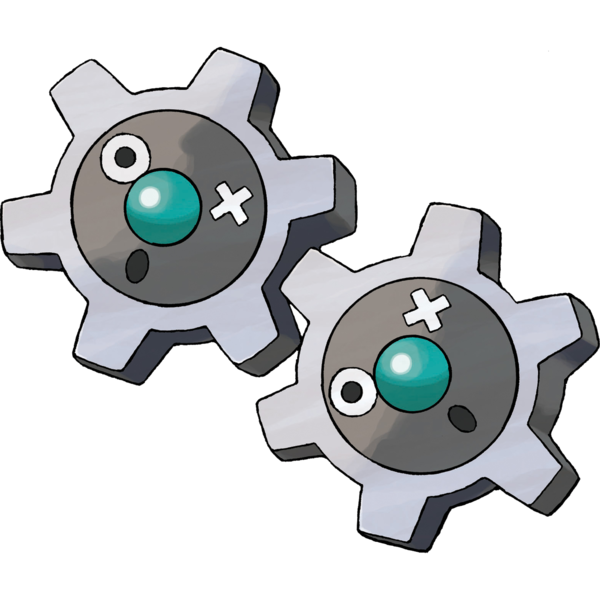 Today, we have another of the most divisive fifth-generation pokemon, completing basically a trifecta with Trubbish and Vanillite. This pure steel type (now the only one in the franchise since Mawile became a fairy type) seems particularly disliked of the three families, and it may be because so little has been added to make this object into a "creature." You've got two gears with faces and that's basically it.

But, who cares? Energy-generating gears are a neat idea for a monster. I'd even like them with no faces at all, just inexplicably sentient, whirling cogs you can keep for a pet, but those strange eyes and simple dot mouths have a very unique charm. 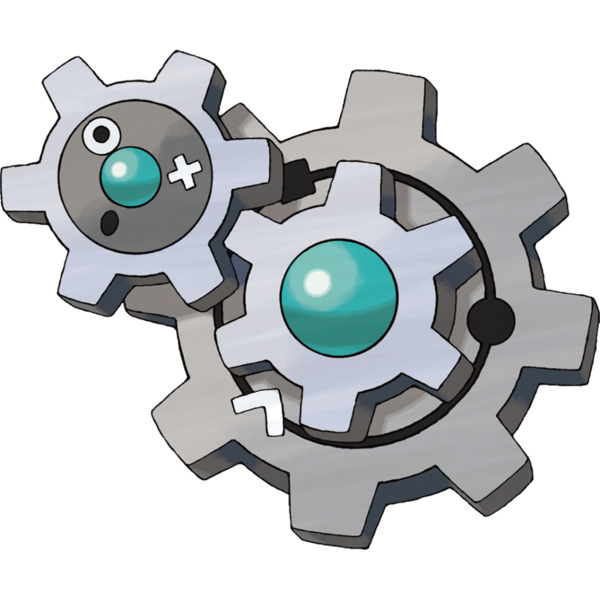 Another complaint about this line is that as they evolve, first into Klang, they do nothing but add more gears while the original components barely change.

When we actually put it that way, though, it becomes obvious that this is exactly the point. The machine is expanded. You can't change any of the gears in a clockwork system too much, but you can always add more. It's thematic. It's fascinating that this is a "monster." 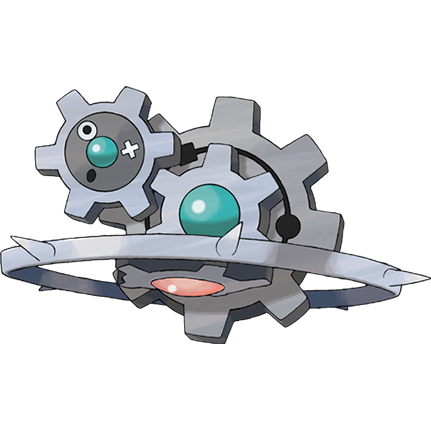 On the other hand, I wish this did have more going on than just one more gear and a spiny hoop. This design would have made a solid middle stage, while the final stage could have been this with even more gears. Maybe a spring and a pendulum, while we're at it? I wouldn't even mind if they made the darn thing into a humanoid as long as it was still made entirely of spinning cogs.

Speaking of which, though, seeing these pokemon animated makes SUCH a difference. I might have only given them a four without considering the aesthetic effect of their endless, satisfying rotation. Let's look at that again!

Still, I might have given them a five anyway because you can make friends with a floating clockwork engine and that is awesome.