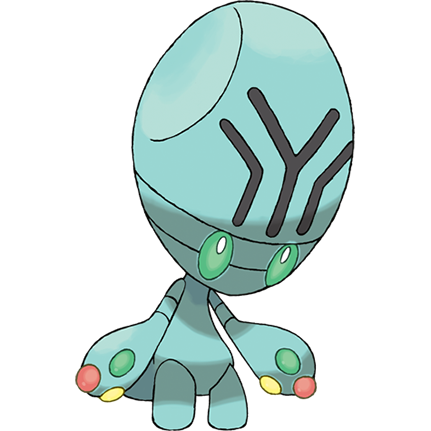 Many pokemon have come from or been themed around outer space, and an argument can be made that perhaps all pokemon are extraterrestrial in origin, but Elgyem here, naturally a pure psychic type, is the first Pokemon alluding directly to the classic concept of a "space alien." Deoxys came close, yes, but it wasn't quite the "take me to your leader" UFOnaut known for probing butts, defacing cornfields and taking cows apart.

Elgyem is not only a grey humanoid with a huge head, but its name comes from "L.G.M," or "Little Green Man," and its pokedex entry alludes to a UFO crash out in the desert "50 years ago." As Pokemon Black and White are essentially set in the United States, Elgyem is basically supposed to be the Roswell alien, a reference that makes a lot of sense when you know that flying saucers and alien abductions are seen by Japan as especially American phenomenon.

As a design, though, there's not much I can say about Elgyem besides "it's kinda cute." 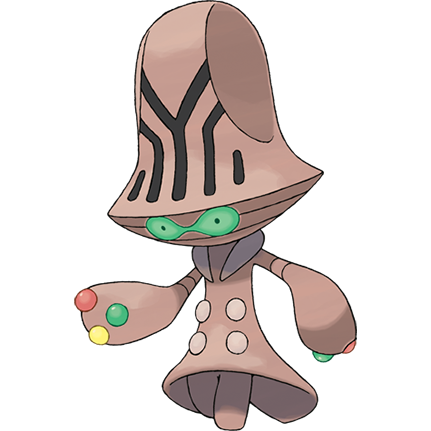 That changes dramatically when we get to Elgyem's absolutely brilliant evolution, Beheeyem. Look closely, or actually maybe less closely. Squint your eyes and let Beheeyem blur a little. It has the proportions way off, but it's evolved to look like someone wearing a trenchcoat and a fedora. This little space alien is attempting to camouflage itself among humans!

Though you need to be half-blind to fall for it, Beheeyem's flashing, multicolored fingers are said to hypnotize people and rewrite their memories, so we've also got a bit of the "Men In Black" up in this pocket monster, who presumably leaves humans with only faint recollection of some odd little guy in a very large hat. 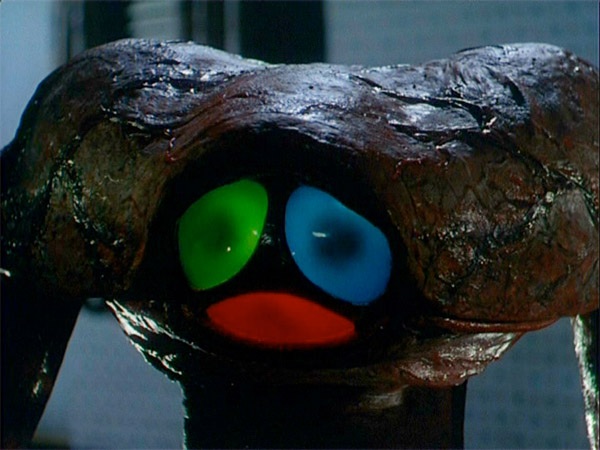 I also wouldn't be surprised if those fingers are supposed to reference the tri-colored eyes of the martians in the first War of the Worlds film adaptation, and just as Elgyem references "Little Green Men," Beheeyem references "B.E.M," or "Bug Eyed Monster," a popular term back in the 40's and 50's before we simply started calling these things "aliens."

Maybe it's a bit of a shame that Elgyem is not actually green and Beheeyem's eyes are not particularly buggy, but grey aliens became far more iconic by the time Roswell allegedly went down, and I love Beheeyem's luminous, conjoined "infinity symbol" eyes.

I also love what they did with its voice in the English dub.

On a final note, it's cute that I reached Pokemon #606 the same day I put up the 606th page of my adventure webcomic, Awful Hospital. I wonder how many people read these reviews but not any of the rest of this website.

Just absolutely too fun. There are so many levels of science fiction and paranormal geekery in this thing.