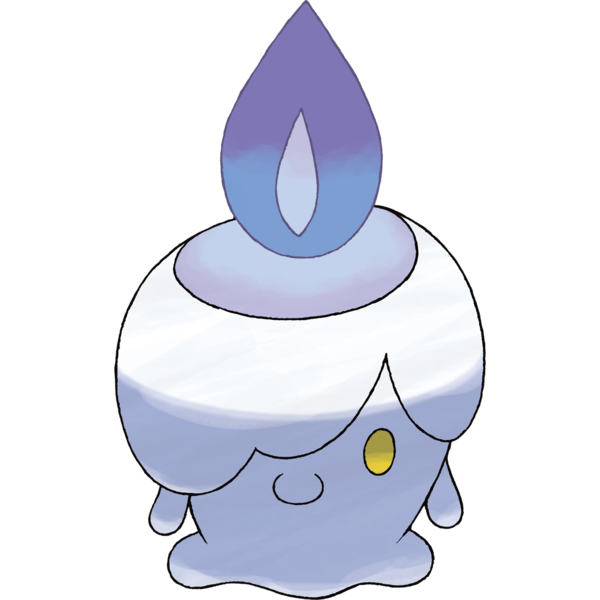 This impossibly precious fire/ghost pokemon might be one of the few "objects" the fandom embraced more than it rejected. It's certainly hard to turn down that little smile, and the dripping white "wax" manages to look perfectly like a little, cartoon ghost who also just happens to be on fire.

Cute though it may be, Litwick's flame is supposedly fueld by the "life energy" it sucks from humans and pokemon, especially while pretending to guide them through dark, treacherous places. It's a Will O' Wisp! 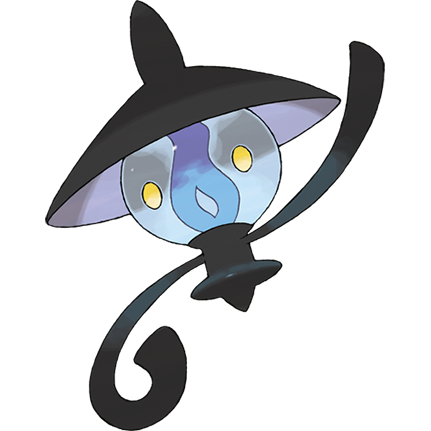 Sadly, Lampent isn't nearly as popular as either Litwick or the third, final stage, I guess because it's such a drastic change, a middle evolution and much more artificial looking. I'm definitely a fan, though, and its pokedex is even spookier! Lampent is attracted to anyone approaching death, even hanging ominously around hospitals, and snatches the departing soul as fuel for its light. This silly lantern monster burns human souls until they're annihilated. 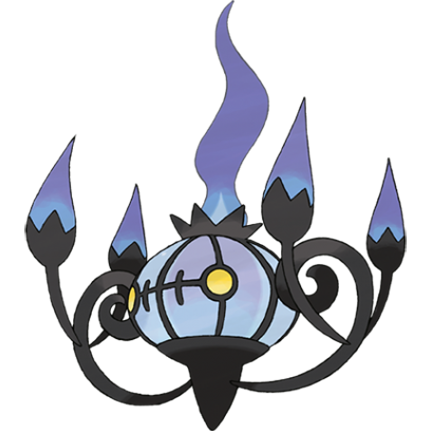 Finally, we have Chandelure, which I think succeeds quite well at balancing a certain cuteness with an elegant, threatening ghostliness. I love the spooky "mouth" implied by the black ribbing of its bulb, and in or out of "haunted chandelier" context, that's a very strange and very cool pair of arms it has there. Like Lampent, Chandelure consumes entire souls to keep its flame going, though the pokedex informs us that those souls actually do continue existing, apparently wandering the earth as ghosts for eternity. What was "burned" by Chandelure then? I guess the wandering ghosts just can't be re-burned. They're like spent batteries.

All in all, this is definitely the most gothic looking thing in the entire series, even moreso than Gothitelle, the pokemon that is also a goth. I feel like it's also a must-have for Halloween themed teams, perfectly capturing every aesthetic that comes with haunted houses.