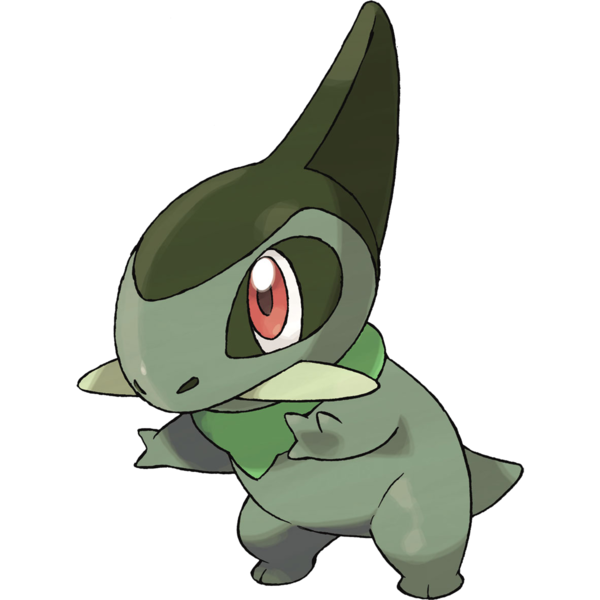 So there's a few dragon types in this generation, but Axew marks the start of what feels like "the" dragon line of the fifth generation. It's not the most powerful or the most flashy, but it's the first in the dex and feels like the most "marketable," a cute little dinosaur with giant tusks it uses like, well, an axe! It AXES YOU! 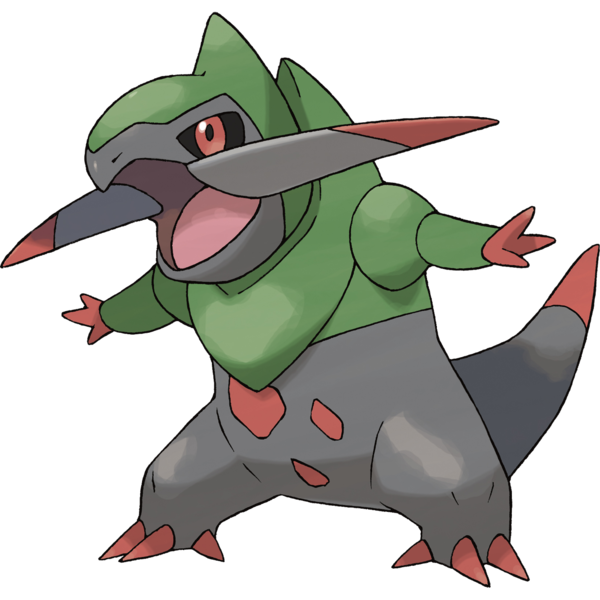 The second stage, Fraxure, just sort of "grows up" a little, but definitely has its own fans. Personally, its design feels a bit scattered for my tastes, like the odd way its green upper body just abruptly, perfectly stops. It's like it's wearing pants. Neat, though. 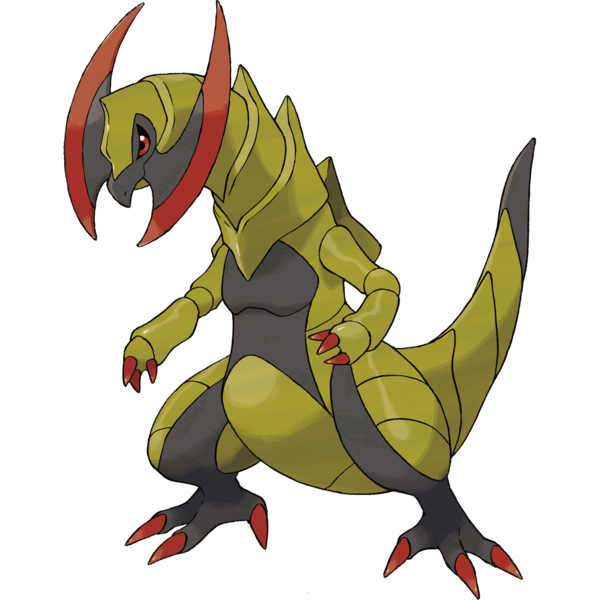 The last stage, Haxorus, is a straight up axe-blade dinosaur with a very "kaiju" sort of feel and a pleasingly segmented design. I've always enjoyed overlapping segmented plates like these, and I like the slightly greenish gold on black that they went with. It's a generally really rad concept for a dragon type, and it doesn't get bogged down by too many doo-dads or clashing colors.

While not a top personal favorite, I can't deny the coolness of this beast.