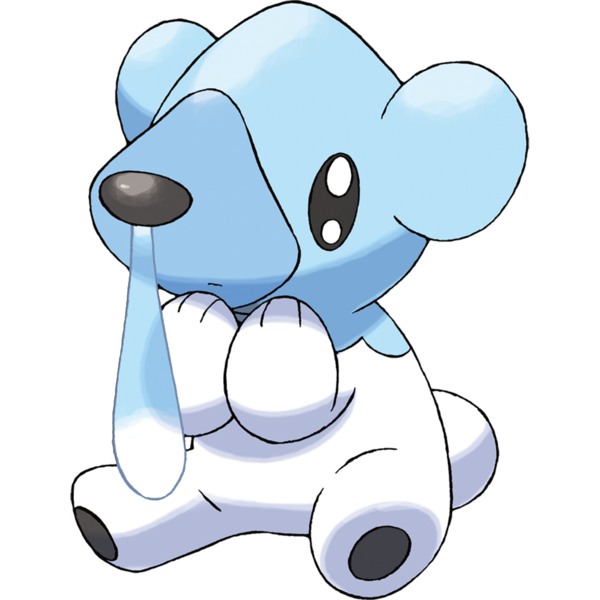 You know, you probably think I'm completely desensitized to snot, but even the fact that I've drawn snot monsters of my own is pretty much an expression of my almost unhealthy revulsion of it. Snot borders on a phobia of mine, and a lifetime of intense allergies and infections has done nothing to get me accustomed to this natural bodily function.

So no, Gamefreak, this is not amusing. If it were some sort of flu-themed poison type, then I could accept the gigantic, dangling booger as something you intended to be unpleasant, but it's obvious that Cubchoo is somehow supposed to be cute. In fact, I notice drips of snot in an attempted "cute" context all the damn time in Japanese cartoons, toys and artwork. What's with that? Why do the Japanese think snot is cute?!!?

And yet, while viscerally repugnant, the snotcicle is basically the only interesting thing about Cubchoo. It's pretty sad when "having a booger" is the most noteworthy thing about a pokemon. 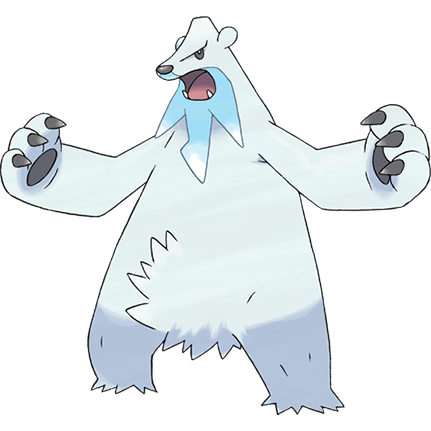 So then we get to Beartic, a somewhat forced play on "arctic," and at least the snot is de-emphasized, but it's still there, if you look, flowing into its "beard" of frozen saliva. The pokedex says "frozen breath," but that would still just be the moisture of evaporated spit. This could have actually been a cool detail if it were more exaggerated and a bigger part of its design, like if they gave it a whole huge, spiny beard it could actually use as a weapon, but instead it's just a few jagged hunks of decoration without any clear purpose.

I might also just not be a bear person.