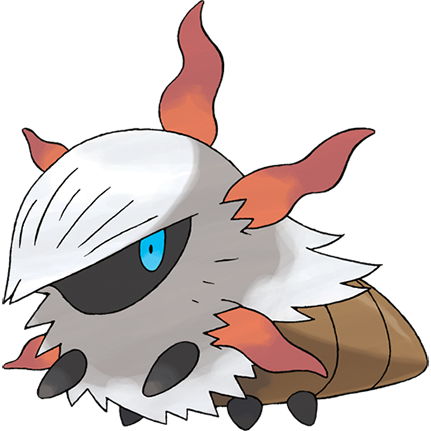 I don't know if you've noticed or not, but the fifth generation actually has the largest variety of bug pokemon in the franchise's whole run, and it's also the first to ever have a pseudo-legendary bug type, not to mention one of the few with multiple pseudos. Larvesta is a bug/fire pokemon resembling a fat, hairy caterpillar with sunbeam-like tentacles, reminding me of various "slug caterpillars" with similar levels of hairiness and blunt, chunky shapes. 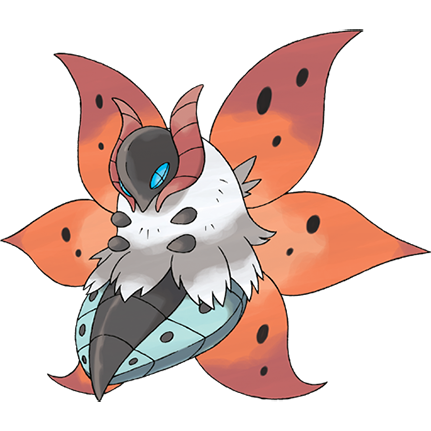 Skipping a pupal stage, the evolved Volcarona is the most powerful of Pokemon's many, many moths and butterflies, with another beautifully insectoid design and interesting color palette. I really like those blue, faceted eyes, the fat antennae that also work sort of like ram's horns, the cool metallic segments of the abdomen and the lovely speckles of the wings. It definitely looks like a moth of nigh-mythical proportions, and a moth that would spew fire.

There have been so many Lepidoptera in this series, I'm glad they've finally got their own big boss.