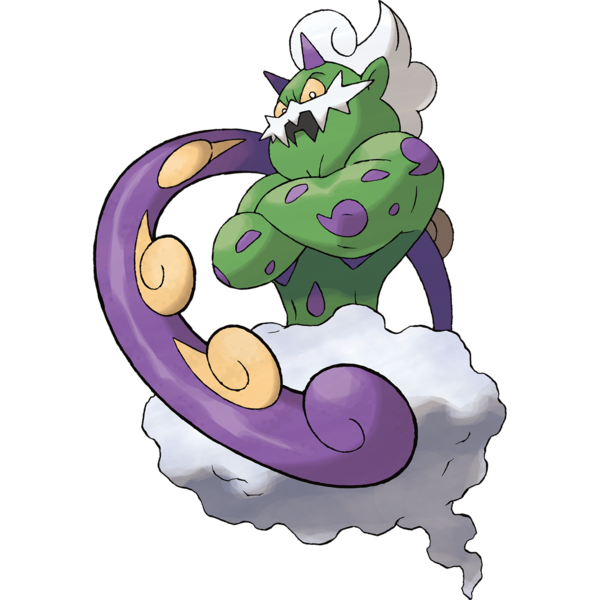 Admittedly, this trio of elemental oni were almost immediately among my least favorite pokemon when I first saw them, particularly because they felt like little more than color-swaps of one another. Even before their beastlier forms were revealed, they did begin to grow a little on me, but I'm still not terribly impressed by these goofy, flying muscledudes.

Tornadus at least has the distinction of being the only pure flying pokemon in the game, which is certainly befitting of an "air elemental," though I wish that distinction had gone to something stranger; a creature that actually looks like it's made of pure air, like a living tornado, or something similarly intangible. Personally I thought a skyfish would be the best choice for a pure flying type. 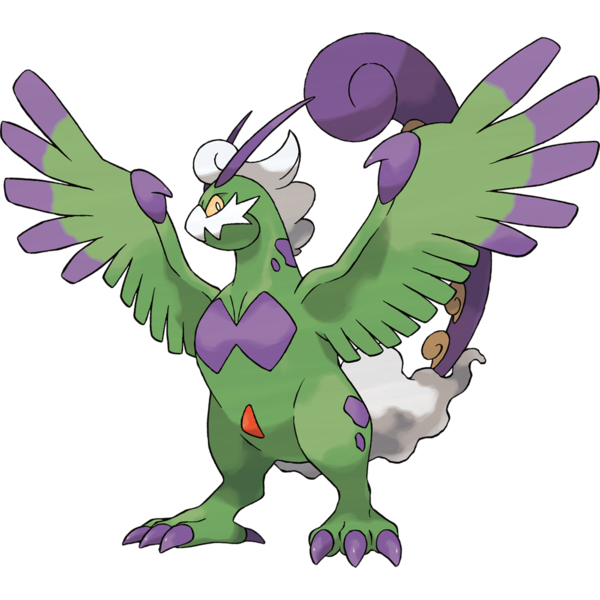 These guys did, as I just mentioned, eventually have more animal-like or "therian" forms available in Black 2 and White 2. Therian Tornadus is predictably a giant bird, but I appreciate what a terrible bird it is, a puke green roc with a shaggy mustache and the same weird unintentional (?) cleavage as its siblings. 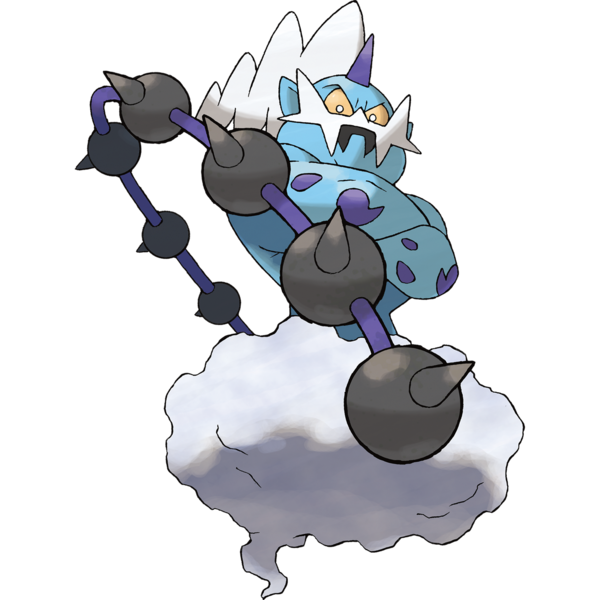 So, here's the electric/flying Thundurus, and like I said, it's almost the same thing with a different color scheme. The tail is the most obvious change, and it only has a single horn to Tornadus's two. If Tornadus had been red, these would have at least had a charming, classic "red oni vs. blue oni" gimmick. 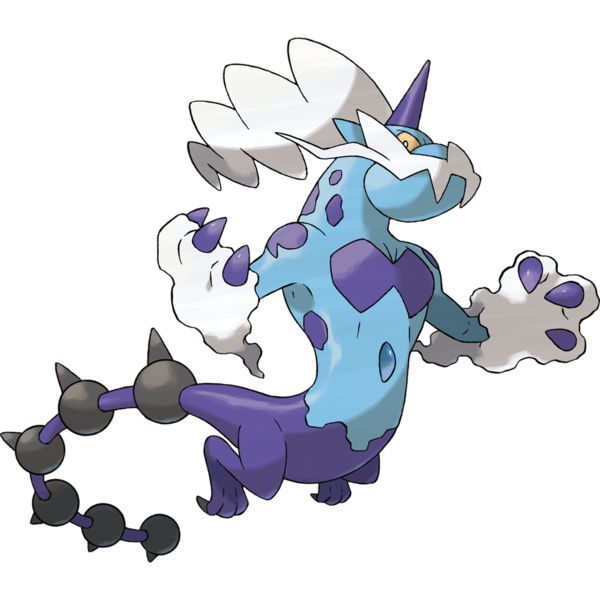 But then we have Therian Thundurus, and this thing is freaking RIDICULOUS. Look at it. Look at its dinky little legs and giant goofy dragon muzzle and pretty bellybutton gem. I seldom ever describe anything as "dumb," I know, it's not a nice term, but I'm really short on anything more appropriate to say here. This is a dumb, dumb design and I cannot be mad at it. I'm glad it exists. 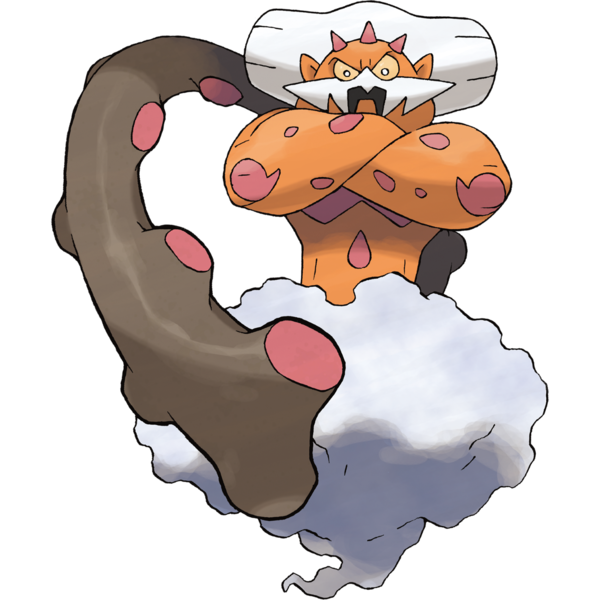 Finally, we've got the flying/ground Landorus, but weirdly enough, this one comes after our next two legendaries in the pokedex. Maybe not that weird, I guess, since it was introduced with the game sequels, but I'd still rather review it here. 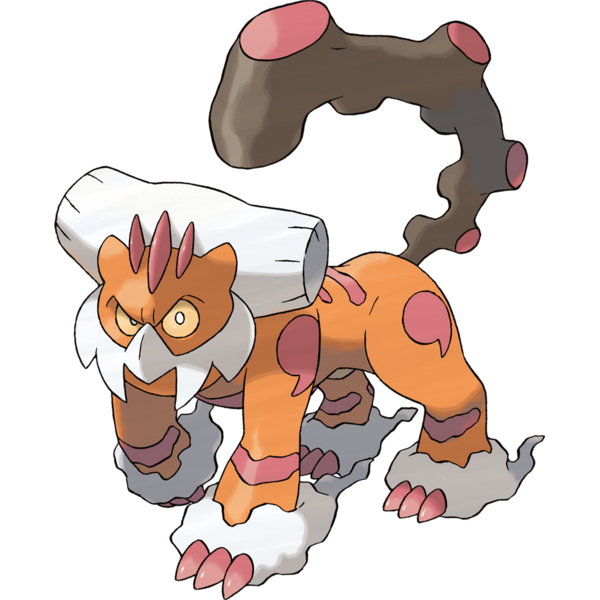 Therian Landorus might be the least interesting, to me, of the three beasts. It's just like any other four-legged monster Pokemon, and just not that impressive after the absurdity of Therian Thundurus. What it does have going for it is the same thing this entire trio has, which are those charmingly crazed, furious eyes and jagged 'staches.