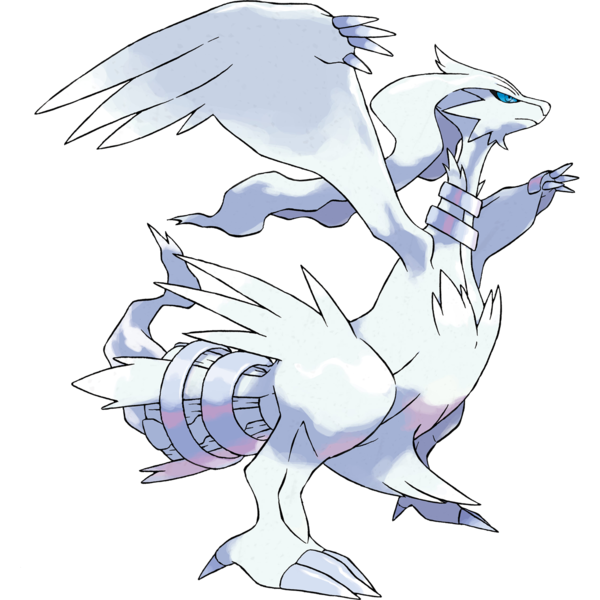 You can probably tell just by looking that we've hit this generations covergirls, the extra-dramatic bigwig legendaries exclusive to each version, central to the storyline, and marketed to an extreme. I'm never strongly into those one way or another, but I've gotta say, Reshiram here - surprisingly the first dragon/fire pokemon in the game - is by far one of the better looking examples. I actually do kinda like dragons that throw bird and mammal into the mix, I like the naturalistic flow of this thing, and I like its biological jet-engine ass. 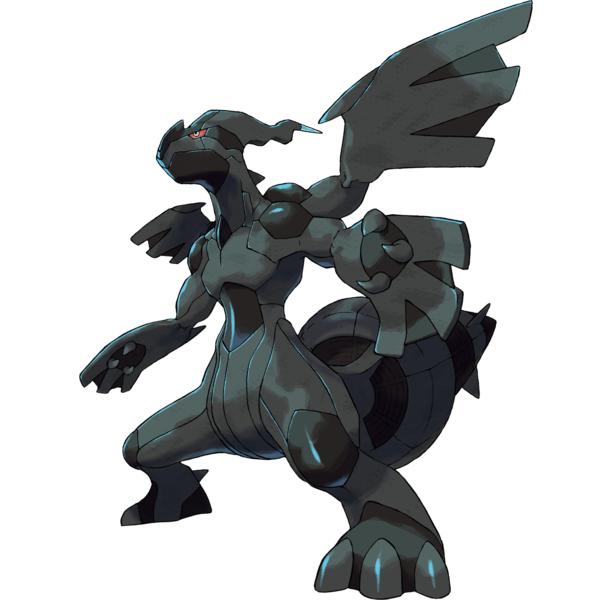 The dragon/electric Zekrom, on the other hand, feels relatively forgettable to me. Not bad, no, it's designed nicely enough for what it is, it has a menacing kaiju-like feel and its artificial looking "seams" are a lot nicer than usual, but for once, the fluffier, prettier option stands out to me as having a little more personality. I guess I've just already seen a lot of things like Zekrom in this game, kinda like Dialga and Palkia from the previous generation. 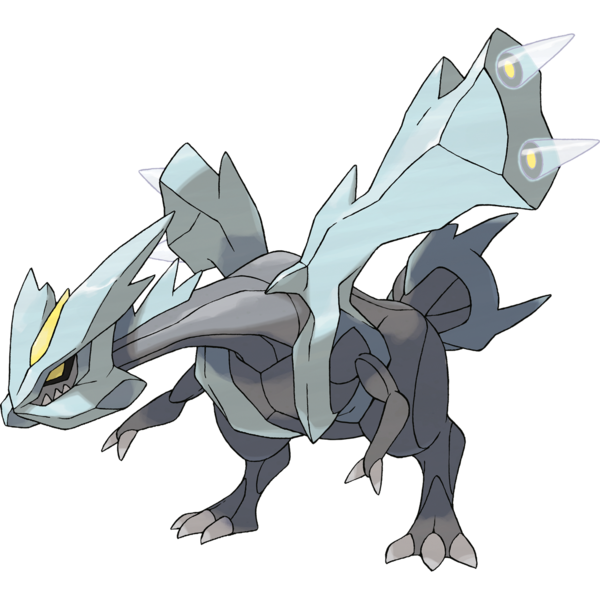 Neither Reshiram nor Zekrom are as memorable as the dragon/ice Kyurem, however. This skulking, shuddering thing is actually broken, missing much of its right wing and right skull, supposedly awaiting the day when some legendary, prophecied hero will restore its body. As you might have guessed, this hero is inevitably the one random child sapient enough to defeat hundreds of poor, ignorant computer-controlled pokemon trainers.

Still just another big, legendary dragon, but at least it's a decrepit one. 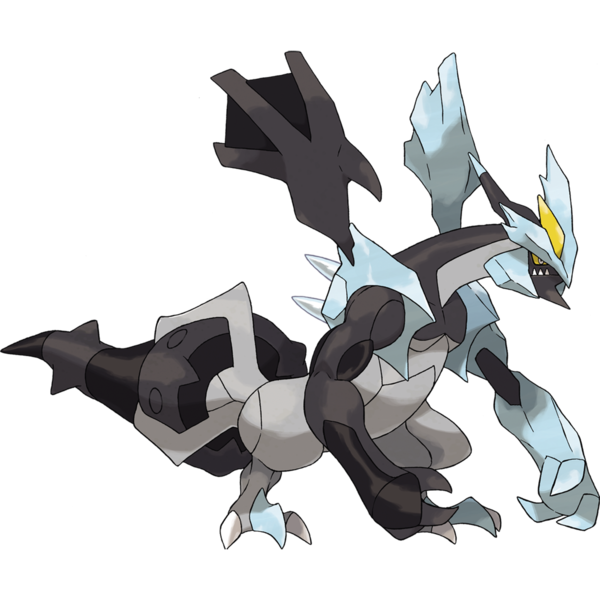 As you may have also guessed, unfortunately, the "completed" Kyurem loses all of that miserable charm. It has to, of course, that's kind of the whole point, but "Black Kyurem" here is just the forgettable kind of cheesy in my book. It loses what looked cool about Kyurem and throws in a haphazard selection of Zekrom anatomy. 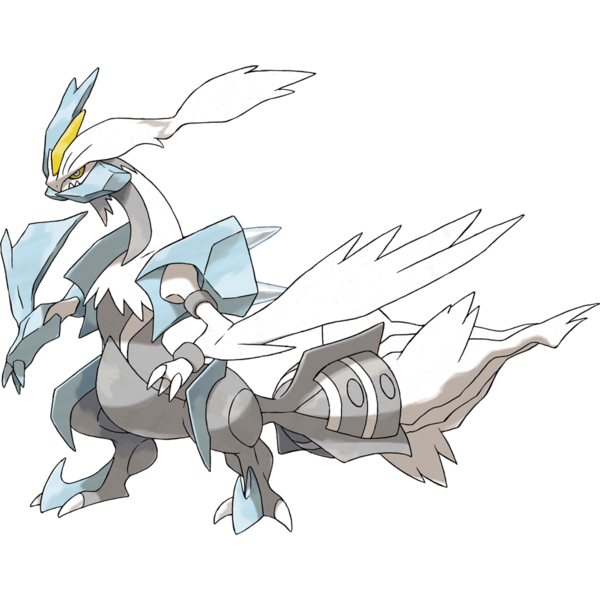 "White" Kyurem is a bit of an improvement, retaining at least some of Kyurem's weird face, and I can certainly appreciate that the "completed" forms of this dragon still look like abominable hybrids, but as a design on its own, this pile of parts is still just too messy.