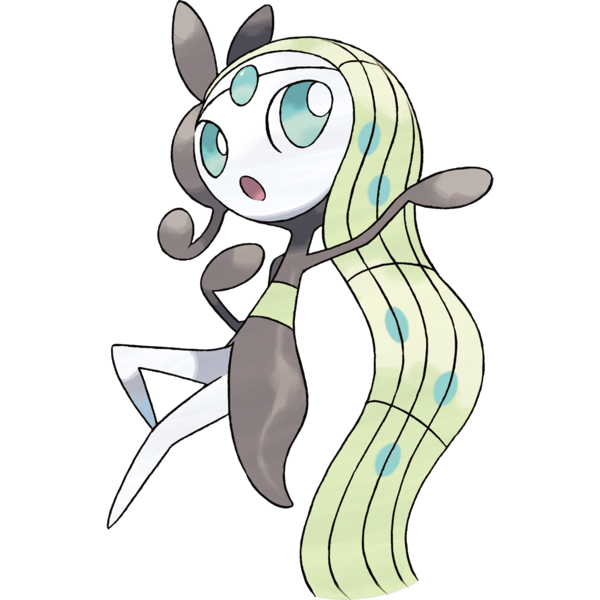 What, really? There are STILL more legendaries this gen??

This normal/psychic pokemon might be the legendary I most consistently forget exists, which isn't really fair, because on its own merits, I think it has a really cute design and concept going for it. This here is Meloetta's "Aria Form," notable for its singing voice, with hair like sheet music and arms like musical notes. That's a fun enough idea, and the execution is fairly decent. 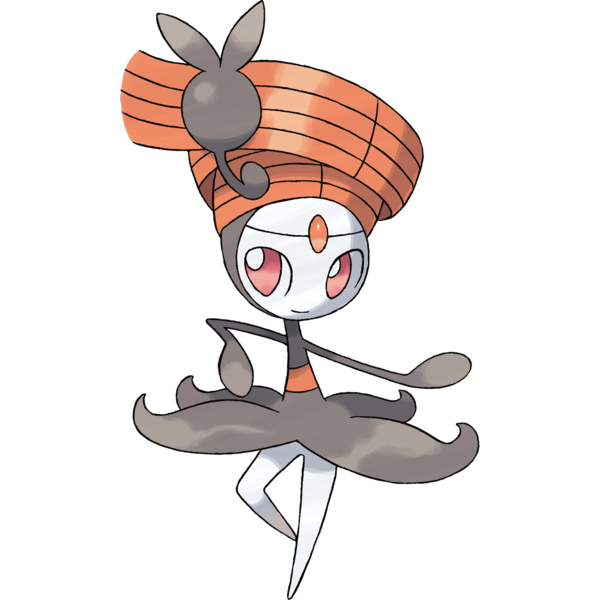 When Meloetta uses its signature move, "Relic Song," it actually changes from its Aria form to a normal/fighting "Pirouette form," now more dancer than singer. Again, a fun concept, and it doesn't look too bad either. The only problem I have here is that this pokemon feels completely unnecessary as a legendary. A lot of these do. Why does the same generation have a trio of Musketeer ungulates, a trio of morphing genies, a set of five giant jet-engine dragons, the fiery Victini AND this left-field musical monstress? At least half of these things could have just been regular pokemon and might have even appealed to me much more as such.

I'll give Meloetta a four either way, but really, this is overkill.