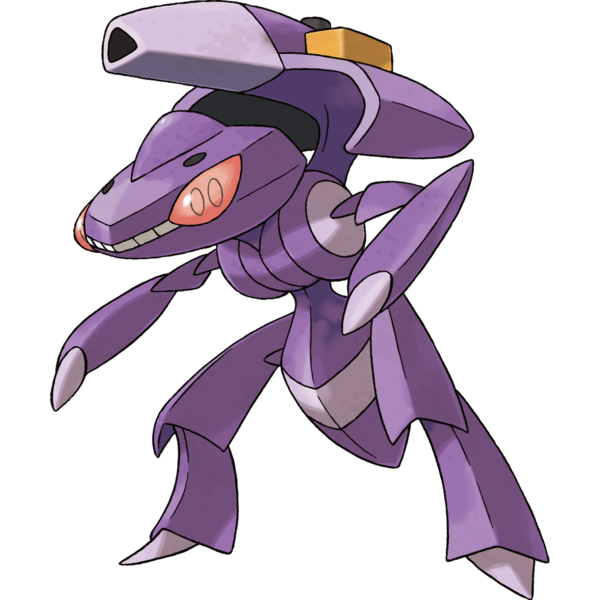 At last. At long last. The FINAL legendary of Black and White. I think the number of underwhelming legendary pokemon might have been why I slacked off and missed a few full weeks of barely writing these reviews, which were always supposed to be updated on a daily basis. 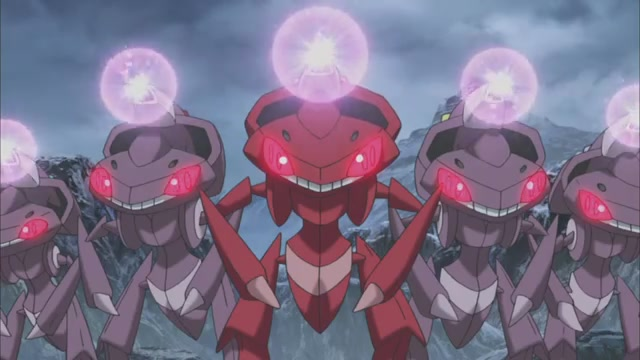 Granted, now that I have to find things to say about it, I like Genesect a little more than I previously did. It has a pretty cool set of eyes and teeth, the purple color scheme isn't bad, and it has an interesting enough backstory - supposedly some ancient, prehistoric bug type resurrected and cybernetically enhanced by the game's villains.

Genesect is also one of the first pokemon to look completely "robotic" besides Magnezone and possibly the Rotom forms. I guess you could count some of the artifact monsters like Claydol and the Regithingies, but even they had a more organic and more ancient look to them. Genesect here looks straight out of "Transformers," and I can respect that well enough. Just not my bag.

This is still too many gosh-dang legends running around.

I'll give Genesect a five for the principle of being a legendary bug, and I know it's the top favorite of a lot of other fans.