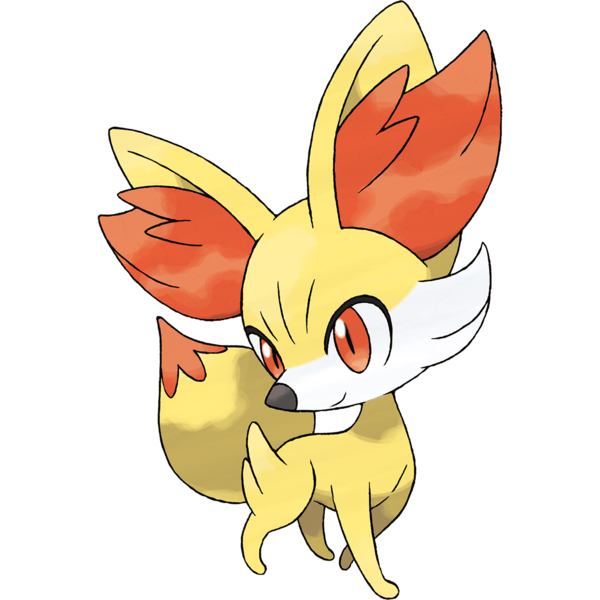 I have to say I was less than impressed when I originally saw this fire-type starter. Were Lucario, Zoroark, Ninetales and (arguably) the Eevee line really not enough foxes? Counting Flareon, we even had two fire type foxes already. 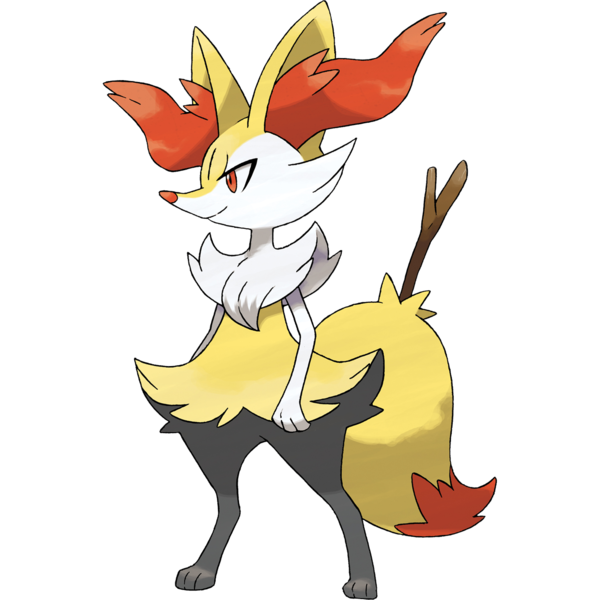 Then, of course, the silly thing has to go and stand up on its hind legs. Did we really need another anthropomorphic fox pokemon, at that? About the only thing I did find interesting here was the little stick it carries around, which it lights on fire with its own blazing hot fur. That's cute, at least. 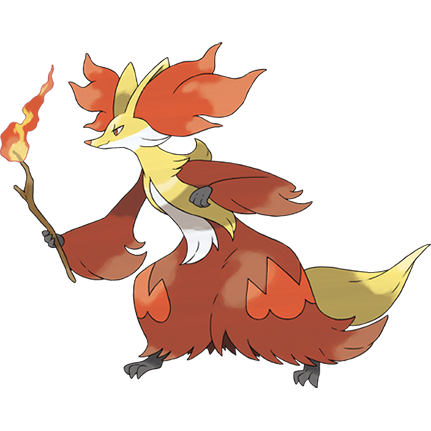 So, I never would have thought that a bipedal, fire-type fox pokemon could possibly do anything to drag itself out of mediocrity, but the Fire/Psychic Delphox is actually really cool! I like the excess fur hanging down like a wizardly robe, and how this makes the stick a sort of pyromaniacal "magic wand." I also strongly like that smug little fox face straight out of some woodland critter storybook. One which, I suppose, would teach readers some harsh lesson about playing with fire.

Chesnaught was a "knight," and Delphox here is a "sorceror." What's that leave us?

It's still not my personal style, no, but I'm willing to give this one a five for sheer artistic competency and how fun the concept turned out to be.