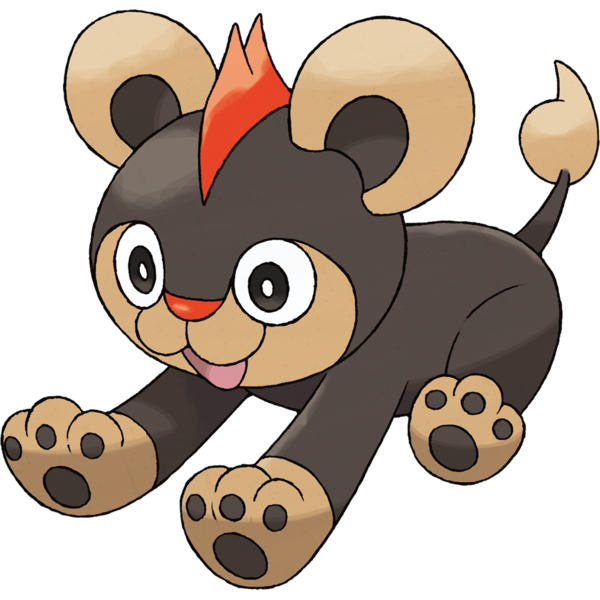 If I didn't know better already, I'd have almost thought we were off to a rather poor start, as immediately after the INEXCUSABLE squandering of this generation's one and only use of bug typing, we run into a fire type lion I find incredibly forgettable. If you love lions, I'm glad you've finally got one that actually looks in any way like a lion, but by the same token, every animal doesn't need a directly-lifted pokemon counterpart, does it? This ends up feeling, to me, like a much less interesting Shinx. 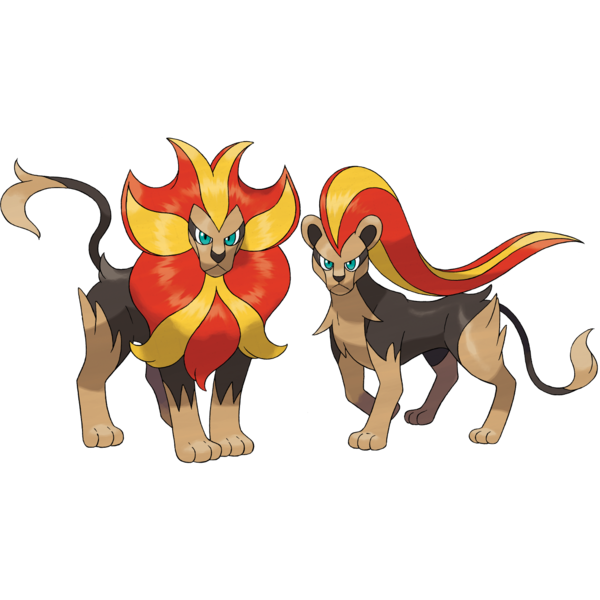 So, like I said, basically just a lion. The only "twist" here, besides being normal/fire, is that the females have a single ridiculous giant ponytail instead of a mane. I appreciate the nod to actual lion dimorphism, at least, and I definitely like things that are ridiculous, but still, these lions only stand out to me as the least outstanding pokemon in the region.

They're lions I guess.