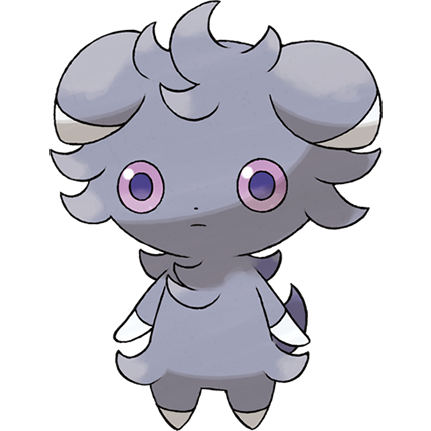 You already know the kind of pokemon that make it into my personal favorites - the kind that really express my aesthetic tastes in particular - but setting those aside, approaching this as "objectively" as I can...

... I'm going to say that Espurr here is one of the best pokemon ever.

Not only does Espurr have a simple, clean, nice design, but its perfectly round, glassy eyes, big forehead, messy fur, speck of a nose and expressionless little mouth are quite simply the cutest combination of features a fuzzy mammal can ever possibly have, and actually one of those rare cases in which a cartoon depiction of a kitten sincerely hits on the pitiful innocence that actually makes a kitten so darling in the first place.

We still haven't gotten to the best thing about Espurr, either, because if you think its blank baby-doll stare is almost as spooky as it is precious, I'm happy to say that it's 100% intentional. Espurr is a pure psychic type, it's referred to as the "restraint" pokemon, and its said to possess devastating psychokinesis it can have some difficulty keeping under control.

In other words, the classic sci-fi horror trope of the creepy, quiet psychic, typically a child, perpetually fighting to contain their own nightmarishly deadly powers. Tell me this wouldn't just have you squooshing Espurr twice as hard. Your head already wants to explode just from the sight of that little face anyway, what's the difference??? 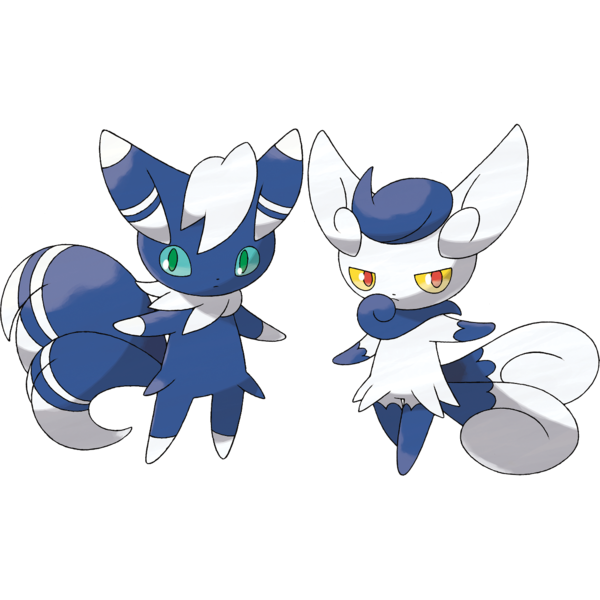 So, bad news and good news when Espurr evolves into "Meowstic," a play on "Mystic" that took me way too long to figure out. The bad news is that neither the male nor female morph come anywhere near the flawless balance of cute, haunting and artistically pleasing as Espurr, with hair that really didn't need to look like separate pieces and markings that didn't need to be there at all.

The good news is, they've still got some excellent spookitude up their sleeves when you see them in action. 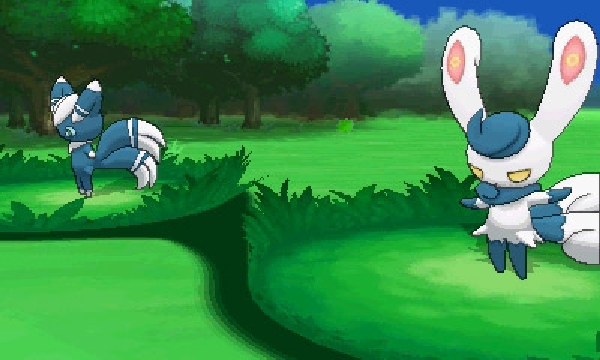 When unleashing a special attack, a Meowstic's eyes will roll back in their sockets and its ears will unfold to reveal what the pokedex refers to as "psychic organs," but what look exactly like a pair of terrifying alien eye-stalks. Whether or not they are eyes doesn't really matter; they're clearly intended to evoke them, and we can assume "psychic organs" are more important in sensing the surrounding world than any of Meowstic's other senses anyway.

I almost want to detract half a ball from Meowstic for losing so much of Espurr's design, but secret demon eyespots will ALWAYS win me over.